My Journey of Writing The Red Sandals

I started my life as a born-unwanted peasant girl in China’s remote mountains. My mother tried to abort me by pushing a heavy pinewood washboard against her pregnant belly. I was raised by my illiterate peasant grandmother, who had a pair of painful three-inch bound feet and who’d once thrown her own newborn daughter into the urine pot to drown because she wanted a boy. When my own daughter was born, my father-in-law pressured me to kill my infant daughter by lethal injection and try for a male baby.

At age eight, I was sent to live as a servant to my parents and two younger brothers. My mother never smiled at me. My father called me a “dumb idiot knucklehead.” My city-born brothers laughed at me as a backwards country bumpkin. At age ten, Mao’s Cultural Revolution took away the only joy in my life: school and books. I escaped from jaws of death multiple times as a child and never knew what a full stomach felt like until I was in my 20’s.

It was my unquenchable thirst for learning and books that carried me through. I competed my way scholastically to China’s top, became an honored elite high school English teacher, at age 30, to America, where I earned my master’s degree, taught 20 more years of school in California.

My motivation to write my memoir came after my beloved teaching career turned into a Twilight Zone nightmare in San Francisco’s chaotic public schools. I was determined to find my lost sense of self-worth and have my voice heard. 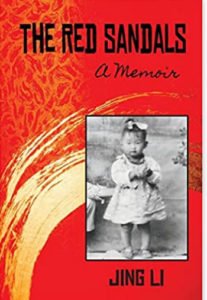 People actually asked me if I wrote my book in Chinese! Well, no, not at all. It’s in English only. Neither did I have a “co-author” or “ghost-writer.” It took me 20 years. It was an uphill journey, re-traumatizing from re-living my wretched childhood, on top of translating everything in my head before penning it down into English. Painstakingly, one scene at a time, I told my story of how I survived, revived and achieved.

During my writing journey, I was published in numerous anthologies, won several writing awards, including the Grand Prize at San Francisco Writers Conference, 2017, before publishing my memoir, The Red Sandals.

After the publication of my memoir, I’ve been focusing on healthy cooking and natural healing for myself, besides working on my second book, an essay collection, America through My Chinese Eyes: Language, Culture and Education. I’ve also created several children’s picture books on Mental Math for Kids. For I want to teach American children to do math in their heads and calculate everyday money without using a calculator.

A few highlights of my message: 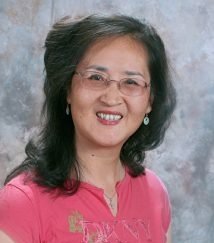 Born in a remote area of China where illiteracy, famine, starvation, and absence of water and sewer systems were normal, Jing Li’s irrepressible desire to learn trumped her circumstances. Jing Li earned her AA in English at Taiyuan Teachers’ College, Shanxi, China (1979), and her BA in English at the Beijing Foreign Language University (1985) and became a top ranked high school English teacher in Taiyuan City at the No. 5 Secondary School. Through various competitions Ms. Li won her way to America, which eventually allowed her to earn her MA in Education from Southern Nazarene University, Oklahoma (1990). Ms. Li achieved her California Mandarin Chinese/English teaching credential as well as her Californian Multiple Subject Elementary teaching credential and taught elementary, high school and college in the U.S. for over 20 years. Red Sandals is her first published book.