YOU’LL FORGET THIS EVER HAPPENED: SECRETS, SHAME, AND ADOPTION In The 1960’s.

You’ll Forget This Ever Happened is the story of Laura, a typical seventeen-year-old high school senior in 1967, who finds herself pregnant with no support. She is dropped off at an Unwed Mother’s Maternity Home in New Orleans, Louisiana and expected to give birth to her son and surrender him to a closed adoption. It is the Summer of Love, but it also a time in our society that is unforgiving toward young women who find themselves pregnant with no ring on their finger. Vietnam is raging, Civil Rights riots are happening, and as our country unravels so does Laura.

Leaving her first born son at the Unwed Mothers home she is assured she will forget this time in her life, and she should try to forget her son. Though young and naïve, Laura intuitively knows she will never forget her son. She is forbidden to speak of him and complies causing her more internal grief and emotional damage. The shadow of that grief and shame hovers over her and her heart never completely heals.

A year after leaving New Orleans Laura escapes to California, marrying, and giving birth to three more sons. Still the secret lays buried deep in her heart. Decades will go by and no matter what success she has in her life the loss of her firstborn son leaves her broken and always wondering where he is, who he is, and is he healthy, is he happy, is he loved?

Part 1 of You’ll Forget This Ever Happened takes the reader back to the 1960s South and the reader walks the halls of the Unwed Mothers Maternity Home with Laura, meeting the other pregnant girls and experiencing their daily lives. We witness the births of their babies and the sad reality of what was expected of these young women-surrendering their babies never to see them again.

Part 2 is the 49 years of life after she leaves her son. Laura privately grieves for her son, never speaking a word of what happened to her during those years. Life’s twists and turns abound.

Part 3 is Magical. In 2016 Laura’s son finds her through Ancestry DNA. Their reunion is miraculously perfect in all ways. The hole in her heart is healed and her first-born son is welcomed into her family, and she is welcomed into his with open arms.

Unfortunately, this story has two ends- one magical, one tragic.

On Writing My Book

After retiring in 2016 I planned more travel with my husband, taking classes I had never had time for and organizing the thousands of photos I have from over the years. We have five grown children and at that time 6 grandchildren. I also planned to write a family history for my sons and began writing short stories about our ancestors.

In Oct of that year my secret son found me through Ancestry.com and it was truly the most amazing and magical thing. I cried tears of joy for months and changed quickly from being ashamed to tell a soul about having surrendered my son to adoption, to wanting to tell the world my son had found me. My deepest secret was out, and it was exhilarating and life changing.

My husband watched my ever-growing confidence and joy grow in leaps and bounds and suggested I write about the experience of my son finding me. I hesitated, could I write about the most traumatic time in my life and do it justice? Could I dredge up the memories that I had buried so deep inside of me? I began trying to draft my story and the more I wrote the more I remembered. In 2017 I took memoir classes and workshops, joining San Diego Memoir Writers and finding my tribe in the most supportive and nurturing women writers I never dreamed of. I submitted scenes from my story to the San Diego Memoir Showcase and three years in a row won a place in the top ten and watched with emotion as my scenes were performed onstage by professional actors.

Soon I realized, I could do this. I could write this memoir and see it to the end.

Lessons I Learned While Writing My Memoir

I began writing my memoir in 2017 thinking I was writing my story. The more research I did, and the more I remembered that time in the 1960s, it became obvious to me that this was not just ‘my story.’ This was the story of hundreds of thousands of young women from the late 1940s until the 1970s when it was the norm to send young pregnant unwed mothers away, to hide them, to shame them, and to turn away from them. There were generations of us. We birth mothers were mostly a secret sisterhood, ashamed to reach out to each other, often privately grieving alone, and carrying the sad weight of the lost children we would never know.

We were women who had no voice. Choices were made for us by the men in our lives.

It was also the story of hundreds of thousands of adoptees who would suffer in ways we had no concept of as young unwed mothers. We were told this was the only way. The best way.

I learned millions of people in the triad of the adoption stories of an archaic and judgmental time not that long ago are still suffering the effects of closed secret adoptions.

My book asks the questions: Are we still mothers, even if we do not raise our children? How strong is that invisible bond that is created as we nestle our babies under our hearts for nine months? What is the truth of nature vs nurture? 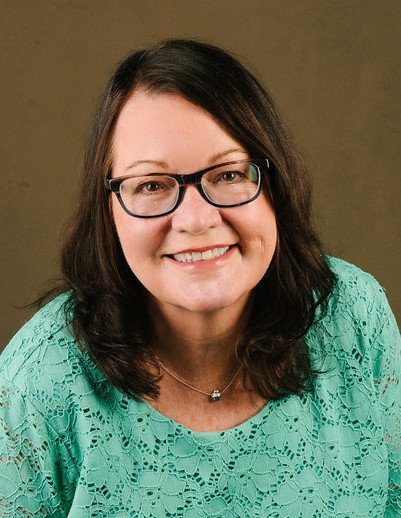 Laura L. Engel, born and raised on the Mississippi Gulf Coast transplanted to San Diego over 50 years ago. She is married to the love of her life, Gene, and the mother of five beloved grown children and an adored golden retriever, Layla Louise. Laura is the proud Grammy of ten cherished grandchildren.

In 2016 Laura retired from a 35-year career in the corporate world with plans to quietly catch up on hobbies and travels with her husband Gene. In October of that year her plans changed when a miracle happened in her life. She soon found herself busier than ever taking writing classes and writing up a storm about a secret she thought she would take to her grave.

Today finds Laura fulfilling her dream at seventy-three years old, having written her first book, a memoir she never dreamed she would write, You’ll Forget This Ever Happened -Secrets, Shame, and Adoption in the 1960s published by She Writes Press.