After my mother’s death, I found my grandfather’s diaries hidden behind books in her Vienna apartment, a discovery that resulted in a painful revaluation of my family, myself, and my nationality.

Reading my beloved grandfather’s tiny precise lettering late into the night, I followed his terrifying experiences in Berlin 1945.  Api, as I affectionately called him, worked in medical cellars without water, and light only from tallow candles. The injured lay on bare cement floors, dust raining down on them with each bomb blast, the air heavy with the smell of blood and excrement. The dead were simply stacked outside. Working ceaselessly, Api felt desperately alone, the diary, written as letters to us, his only companion. We had fled Berlin when we lost our apartment to bombs in February 1945, but as doctor he felt compelled to stay. So he struggled to survive in the ruins; his once familiar neighborhood near the Brandenburg Gate made unrecognizable, buried under mountains of rubble.

But then the diaries revealed that Api had been a member of the Nazi party. Shocked and ashamed, I hid the booklets again just as my mother had done and continued my family’s silence. What at last pushed me to tell this story was an account of a different time and place. In Slaves in the Family Edward Ball decided to write about this despite his family’s objections because he felt accountable for the past. He seemed to be speaking to me.

Api’s Berlin Diaries moves between the misery and horror of Api’s experiences in 1945, juxtaposed with memories of the love and joy he brought into my life after the war when he gave me my first stable home, and throughout reflections on his guilt and all our political responsibility. I hope readers will come away with consideration for the devastating impact the 20th century had on Api’s life as he served in two world wars, lost his only son, also his son-in-law, my father, and his livelihood. And perhaps this will extend to empathy for all of us, no matter how different we are, and our need for compassion and tolerance. This is the power of memoir.

Topics we will talk about: 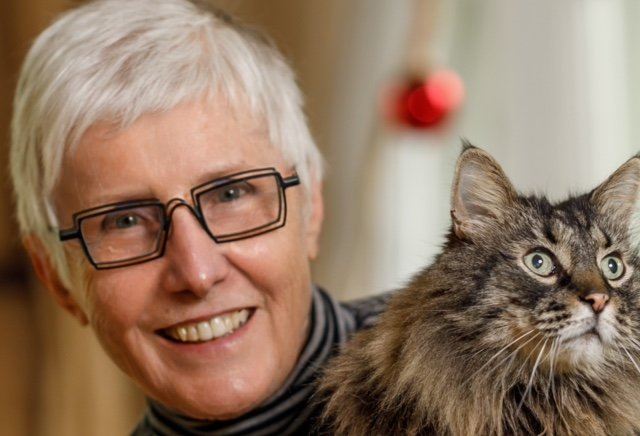 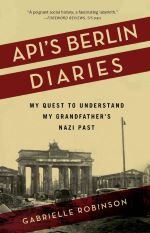 Born in Berlin in 1942, Gabrielle grew up in Austria and Germany, including an Ursuline boarding school in Vienna and a secular one on the Baltic Sea. After a PhD in English Lit from the University of London, she taught literature and writing at US universities and abroad. Her twin passions are writing and helping others tell their own stories.

Gabrielle has published eight books and over forty articles. After much moving about, she now is happily settled with her husband in South Bend, Indiana. Sadly, their ever so sociable cat Max died a few months ago.

Find out more at https://www.gabriellerobinson.com/.  If you have questions, feel free to contact her at grobinso@iusb.edu.