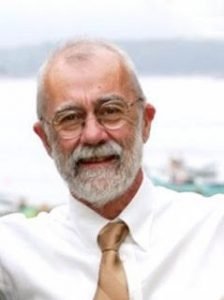 We’re pleased to have our guest Denis Ledoux return to talk to us about family, memoir, and how to discover your first draft. Over twenty years ago, Denis inspired me to teach memoir, and I always love having him on our programs.

Of course, your memoir will have a lot to say about your family. How do you write about them when your feelings are not necessarily positive? When writing my childhood memoir, I had many difficult feelings surrounding my father and some simply critical feelings about my mother.

Now, don’t get me wrong: both of them were loving, caring people. I’m not writing here about abusive people. No I’m writing about human beings just like we all are, human beings who had some failings and moments when they were not their best.

These failings, in my case, were not necessarily perceived as such but my siblings, but that’s what I experienced. Herein is another exposure to quicksand: how to resist and survive “Why are you being so negative?”

There were times as I was writing episodes that involve my father when the sadness and the longing were just overwhelming and I had to put the writing aside before being completely engulfed in the memoir quicksand.

Well not all the writing, I just moved on to other scenes, other vignettes. Then, I would come back and pick my way through the challenges again.

Eventually I got through the first draft. The first draft is always where the feelings are the most raw. Then I began to rewrite, and in the rewriting, came a sense of objectivity and a sense that my father, especially, and my mother were now characters in a story that I was writing. I too was a character in that story.

It was at this time that I was able to create a more objective understanding of my relationships and to let go of any residual sorrow, anger, longing. This is the stage when is the writing maxim has it, it was necessary to “kill my little darlings” that were really more about therapy for the author than understanding for the reader.

Denis Ledoux is a memoir writer, ghostwriter, writing coach, editor and book producer. He directs The Memoir Network, an international group of memoir-writing editors and coaches. Since 1989, he and his team have helped thousands of people to write their memoirs.

His Turning Memories Into Memoirs/A Handbook for Writing Lifestories (1992, 1998, 2006) is a classic in the memoir-writing field.

Among his other titles are We Were Not Spoiled / A Franco-American Memoir (2014), his mother’s memoir which he wrote with her, and A Sugary Frosting (2016), a memoir of his deceased wife’s childhood in a New England parsonage. He has also written fiction that won several Maine Art Commission awards.

These and other books, course and MP3s are available at https://thememoirnetwork.com/buy-the-best-memoir-products. Denis holds a B.A. in English and an M.A. in Education. He lives and works in his native Maine, just a mile from his boyhood home.

Sign up below to receive call info and FREE audio recording.