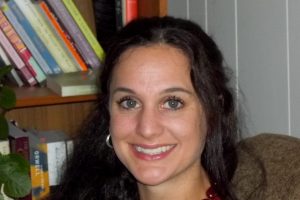 The Angle of Flickering Light
by Gina Troisi

Gina Troisi’s father moved out when she was five years old, but before he left, he insisted on telling her about his various affairs—with prostitutes, with her mother’s friends, and finally, with his secretary, Brenda, whom he had decided to marry. By the time she reached adolescence, on a search for respite from her father’s verbal abuse and Brenda’s psychological torment, Gina spent hours doing Jane Fonda’s workouts, smoked cigarettes instead of eating food, became obsessed with her thinness, and with the notion of fading away. She began to find solace in restlessness—drinking hallucinogenic mushroom tea and inhaling crushed pills and powders—perching herself on the periphery of danger again and again.

As an adult, when she finally glimpsed a better life for herself, her grandfather, who had been a surrogate father to her, became terminally ill, and she fell in love with John, a stranger who was utterly familiar, but who was addicted to heroin. She moved from New Hampshire to California, crossing the country in an attempt to alleviate her self-destructive tendencies, but found herself pulled back to New Hampshire, to John, a man with whom, despite his struggle, she could not deny the sense of home she felt. But what would it cost for a girl to run wildly and recklessly into womanhood, making instant, temporary homes? And would she ever find home within herself?

Bio
Gina Troisi’s work has appeared in numerous literary journals and anthologies, including Fourth Genre, The Gettysburg Review, Fugue, Under the Sun, Flyway: Journal of Writing and Environment, and elsewhere. Her stories and essays have been recognized as finalists in several national contests, including the 2020 Iron Horse Literary Review Trifecta Award in Fiction, the 2018 New Letters Publication Award in Fiction, American Literary Review’s Creative Nonfiction Contest, 2018, and others. She has taught numerous classes and workshops in both traditional and nontraditional settings, including writing workshops for female adult survivors of sexual assault.

The Angle of Flickering Light will be released April 6, 2021.