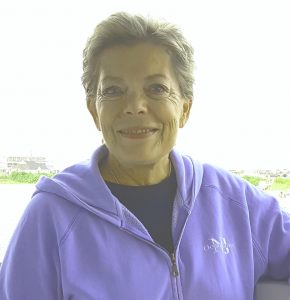 Power of Absence
by Holly Odell

This is a story about sorrow and loss of a child to adoption and how the author lost herself as well. An unconventional memoir, it tells of the relationship between trauma and memory loss.

It is a story about the Baby Scoop Era, a hidden past of United States history starting after World War II and ending with Roe v Wade in l972. Up to nine million mothers in this country surrendered newborn babies to adoption. The author gave birth at this time.

The author had been in the Peace Corps when she became pregnant, was flown back to Washington D.C. and placed in a psychiatric unit. Two months later, she disappeared into a “home for unwed mothers” in New York City where many mothers were coerced into giving up their babies.

Her brother Fred was the one supportive person in her life at this time and he was a grammar teacher in Spanish Harlem.
After moving to Cambridge, Massachusetts, she began to completely forget the birth of her child. This lack of memory was to continue for many decades while she drank herself into the hospital many times.

Because her life had no grounding and no permanence, she was willing to accept whatever was happening around her: radical politics, living on a wild piece of land in Northern California with other women, homesteading in Virginia with a friend and raising sheep, goats and pigs, and living alone in a cabin with no hot water and no plumbing above a nest of rattlesnakes.

After years of restlessness and wandering, she becomes sober and begins to remember the child she lost. Acknowledging that she must finally tell the story of her past, she seeks counseling and begins the search for her son. After exhaustive searches without results, she understands that his absence has spilled down over so many years of her life. She also knows that grief is porous; that it can last a lifetime but you can honor the past by living with gratitude for the present.

Bio
Holly Odell is now in her later years and never could have realized how exciting and difficult it was to write about this period of her  life. She is a member of Jerry Waxler’s memoir group in Quakertown, PA. Holly was a medical writer who then became a nurse at age 50. She is presently retired and content with her life.