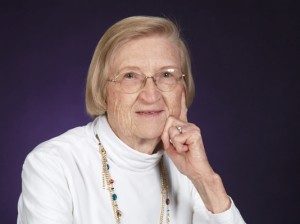 Finding no guidebook, Frances Fuller decided that she must figure out for herself how to live wisely through the puzzles and possibilities of aging, and while she learned she wrote. The result is these thirty-eight personal essays, most of them resolves, promises she is making to herself and her family. In them she deals with such issues as grief, loneliness, physical limitations, fears, duties, and with the significance of her own life story. Guided always by her Christian faith, she tries to make sense of her own past and to understand her responsibility to younger generations.

In the process she shares her daily life, enriched with memories from her fascinating experiences. She asks universal questions.Her answers create a map through the challenging terrain of old age. Beginning with a promise to live with purpose, she faces a variety of practical issues by promising to keep the kitchen floor clean, throw away her own trash, pass on her life stories, and say goodbye when it is time to leave. She writes the final chapter on her ninetieth birthday.

Frances Fuller writes out of the overflow of a long, varied life. A child of the depression, she has earned degrees in journalism, English and religious education, traveled extensively, built a publishing house in the Middle East, survived several wars, and written numerous books (some published only in Arabic), including the triple award-winning In Borrowed Houses. Meanwhile, she was a wife for 63 years, a Bible teacher, and public speaker while raising three sons and two daughters. Her ten grandchildren are her hope for the world.