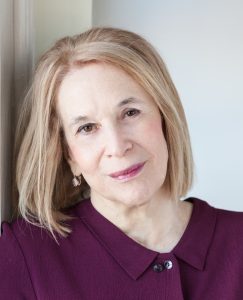 I’m so very pleased that we have as our guest on the first day of summer (!) one of my favorite guests, Sue William Silverman. She’s a multiple memoirist and a frequent guest at NAMW. Her first memoir, Because I Remember Terror, Father, I Remember You (won the Association of Writers and Writing Programs award in creative nonfiction. Love Sick: One Woman’s Journey through Sexual Addiction was made into a Lifetime TV original movie. And The Pat Boone Fan Club: My Life as a White Anglo-Saxon Jew was a finalist in Foreword Reviews IndieFab Book of the Year Award.

Sue has joined us for this special event with her new poetry collection If the Girl Never Learns. I believe that we need permission to write our stories in whatever form they need to take. I first began writing memoir, my stories of growing up without my parents, living with a grandmother who eventually broke down with mental illness, and having the blessings of many other people who loved and cared for me, in poetry form. I wasn’t able yet to connect the dots to create a narrative line.

Sue has written many kinds of works, but as you see above, her nonfiction work has come before this poetry collection. Please join us to learn about her journey to peel back the layers of her life, and what she learns from the process of writing.

In these poems, I discovered a kind of alter ego—a rebellious and rather mythic Girl, reminiscent of female figures associated with death or danger—such as Sirens and Valkyries. In many of these poems, the Girl is out for vengeance in the way a narrator couldn’t be in my more traditional memoirs. (Memoir, after all, is not about revenge; it’s about self-exploration.) This Girl inhabits dark aspects of these mythic figures, thus accessing their female power. In short, in these poems, I was able to unleash an onslaught of revenge. And, I must say, it feels quite satisfying.

The only way I could access this unexpected need to rebel, in a more badass way, was in this kind of metaphoric memoir-in-verse. Writing poetry allowed me to more directly access “The Girl’s” emotional core.  Had this been prose, I would have felt more compelled to expand upon a narrative thread, even if it had been peripheral to her core revelation, which is, I think, that she has to be true to herself no matter what. She repudiates traditional norms of behavior and morality because they have failed her. “The Girl” is alive on the page in verse in ways she couldn’t be in prose because she is there directly, singing.

Let me be clear: I would never have been able to write these poems if I hadn’t first written several memoirs. It’s as if each book brought me to a deeper place whereby finally, in If the Girl Never Learns, I split myself open while, in turn, splitting apart the restraints experienced by women in our culture. This Girl is a warrior woman, a badass, a rebel. She’s also, in part, me.

Author Bio: Sue William Silverman’s new poetry collection is If the Girl Never Learns (Brick Mantel Books). Her first memoir, Because I Remember Terror, Father, I Remember You (University of Georgia Press), won the Association of Writers and Writing Programs award in creative nonfiction. She’s also the author of Love Sick: One Woman’s Journey through Sexual Addiction (W. W. Norton), which was made into a Lifetime TV original movie. Another work of creative nonfiction, The Pat Boone Fan Club: My Life as a White Anglo-Saxon Jew (Nebraska), was a finalist in Foreword Reviews IndieFab Book of the Year Award, while her craft book is Fearless Confessions: A Writer’s Guide to Memoir (Georgia). As a professional speaker, Sue has appeared on such shows as The View, Anderson Cooper – 360, and PBS Books. She teaches in the MFA in Writing program at Vermont College of Fine Arts.