May Virtual Book Club – FREE to All 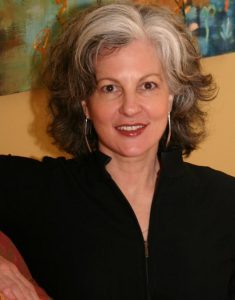 I started writing An Imperfect Rapture while I was still practicing law. I’d been a lawyer for decades, remember, and I believed I could write this memoir without getting an MFA or otherwise doing much more than reading the genre (I am an avid reader!) and figuring out how these other writers wrote compelling memoir. I realized I needed feedback from others with more experience in the genre, so I started taking some online classes and attended a couple of summer workshops. The next step was when I realized (two or three years into the work) I was not going to be able to make this work what I wanted it to be without learning the craft in a deeper way.

As I continued writing and exploring my story, I studied the research of James Pennebaker, Jr., in particular. Dr. Pennebaker was (and may still be) the Chair of the Psychology Department at the University of Texas, Austin. He’s a brilliant researcher who spent decades investigating the ways in which writing about trauma can help heal – or not reinjure – the writer. I was fascinated to find that Pennebaker’s conclusions mirrored much of what I was learning about writing well-crafted memoir. Pennebaker discovered that writing about trauma with a story line that includes exploration and understanding about the other characters in the story, especially the ones most mystifying – the ones who caused or ignored the writer’s trauma, creates the greatest opportunity for healing.

The exploration and understanding of the others in our story is what memoirist Sue William Silverman calls the “voice of experience,” or the reflective voice. Memoir that weaves the reflective voice into the narrative of the story, i.e., the “voice of innocence” or the telling of the immediate experience, carries the greatest potential for healing, while also having the greatest potential for being a compelling and well-crafted read.

“What Kelly J. Beard accomplishes here is stunning: by stepping nakedly back into her youth as the daughter of Christian fundamentalists, a life-long couple whose love for one another never seemed to wane, she also steps back into violence and neglect, poverty and the shame of the poor, the striving for one’s very selfhood when few seem to be able to help or pay much attention. And Beard renders all of this, and more, with a poet’s clear-eyed search for the truth. An Imperfect Rapture is a plaintive hymn of forgiveness.”

Kelly J. Beard practiced employment discrimination in the Atlanta area for two decades, during which time she founded the Professional Women’s Information Network (ProWIN) and received multiple awards for her legal and community service. She was recognized as a “Super Lawyer,” a “Star of Atlanta,” and as one of the nation’s “Preeminent Female Lawyers,” and received a certificate of recognition from the Georgia Coalition Against Domestic Violence for her service. In 2016, she earned her MFA in Creative Writing from the Vermont College of Fine Arts. Her work appears in Creative Nonfiction, Santa Ana River Review, Five Points, Bacopa Literary Review, and others. An Imperfect Rapture is her first full-length memoir.