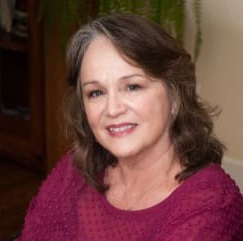 Why I wrote the book:

I wanted to write down my very early memories of contracting and being treated for polio, and how this affected my mother’s and my relationship in early childhood, before I started forgetting these experiences.  Then I discovered that rather than the expected essay, this material was the equivalent of four chapters.  So, I thought, well, I could tell what it’s like to grow up as a handicapped kid; I haven’t seen a book like that. Then I realized that getting into the trials of being a gimpy-legged teenager begged the question of what it was like to navigate the world as a handicapped woman. Late in the manuscript’s life, I researched and found that there was very little disability memoir in print.

My life choices and personality have been driven and created by awareness of my acute physical limitations as much as by what I desired. I thought that readers might find this perspective thought-provoking and possibly inspiring.

What members learn from the presentation:

Francine Falk-Allen was born in Los Angeles but has lived most of her life in northern California, currently San Rafael.  She has always craved creative outlets, taking the forms of singing and recording with various groups, painting, and writing songs, poetry and essays.  Falk-Allen facilitates a polio survivors’ group in Marin County, and also a Meetup writing group, Just Write Marin County.  She was the polio representative interviewed in a PBS/Nobel Prize Media film, The War Against Microbes. She received the Kirkus Reviews star for excellence in writing in 2018, which also included her memoir in Best Books of 2018, placing it in the top three percent of indie 2018 books reviewed by Kirkus.  Not a Poster Child is also a finalist for Sarton Women’s Book Award for 2018 memoir.  She loves movies, pool exercise, the outdoors, lots of British tea and a little champagne now and then.