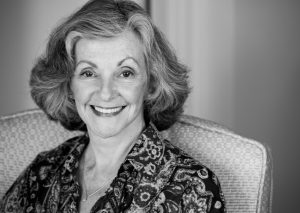 Yes, our guest is also Linda Meyers–a therapist! Her name differs from mine in there is an “e” before the “y” in Meyers, but it’s probably the first time two people with the same name have presented a program at NAMW!

I’m pleased to share the writing and publishing story of Linda Meyers’ book The Tell–a Memoir. Like me, she used writing to uncover and discover a new healing perspective about her mother, and will share her discoveries with us at the end of the year Virtual Book Club presentation.

I was twenty-eight years old and the mother of three young boys when my mother, after a lifetime of threats, took her own life.  Staggered by conflicting feelings of relief and remorse, I believed that the best way to give meaning to her death was to make changes in my own life. Bolstered by the women’s movement of the ‘70s, I left my marriage, started college, received a Psy.D., raised my children, and became established in my profession. 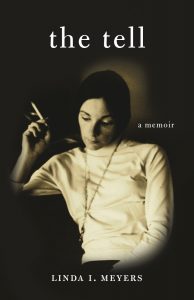 I will be speaking about the therapeutic effects of writing memoir—specifically how the construction of the narrative deepened my understanding of my mother’s suicide. I learned how the restrictions of my generation and the disappointments of my childhood, while initially overwhelming, did not prevent me from making strides in my own life.

My memoir was written from the center out. It’s a series of stand-alone essays that centers around the story of her death and my growth. The memoir began with the essay Dead Serious— a recounting of the day she killed herself. In an effort to understand the tragedy, my writing took me back to her childhood history and forward to my own growth and development. I think had I not written it as stand-alone essays I would have been overwhelmed by the task and the multiple themes interwoven throughout the book.

Linda I. Meyers is a psychologist and psychoanalyst in Princeton, New Jersey and New York City, who has been published in professional and academic journals. Two chapters from her debut memoir were published in 2016— “The Flowers,” a top-five finalist in Alligator Juniper’s annual contest in creative non-fiction, and “The Spring Line” in Post Road. Kirkus Indie Reviews describes The Tell as “A touching, angry, humorous, and engaging account of a turbulent life.”