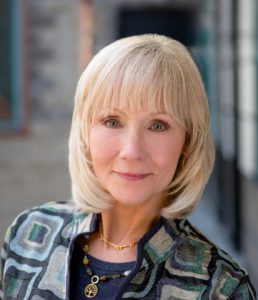 I’m happy to have Linda Gartz, the author of Redlined: A Memoir of Race, Change, and Fractured Community in 1960s Chicago join us to talk about what motivated her years long research to write her story, and the story of a place and a time. We will talk about research, what to do with those huge boxes of stuff your parents left behind, and how to organize and present complex material–and much more. I hope you will join us for a great exploration of Linda’s process as an author and historian.

Linda’s summary of her book and her presentation:
On June 22, 1963, the first African American family moved onto our all-white block on Chicago’s West Side. Fear of blacks entering a neighborhood was common among whites, and after blacks arrived, whites fled by the thousands. But our family stayed. Soon friendship replaced fear as my parents and we kids came to know and like our new neighbors.

My parents continued for the next thirty years to nurture tenants and property in what became a devastated landscape after Martin Luther King’s murder sparked riots. After my mom died in 1994, my brothers and I were cleaning out the house when we discovered in the attic thousands of pages of letters, diaries, documents, photos, and much more, all of which spanned most of the twentieth century. After sorting our finds into twenty-five bankers’ boxes, we put them in my garage, where they heldtheir secrets for many years, until a nagging inner voice called to me, and I hauled one box after another into my house.

As I read, I traveled to the past, seeing our family’s daily lives–as if in real time. I learned of the forces that can undermine a marriage, the divisive impact of a mentally-ill relative, and of the racial injustice that caused white flight when blacks moved into a community. My research into racially changing communities led me to understand the federal government’s racist lending policies that destroyed neighborhoods and created segregation.

But Redlined is also my story, as I grow up in the relatively stable 1950s and come of age in the tumultuous 1960s, replete with riots, protests, bombings, Vietnam body bags, and the sexual revolution. All of my parents cherished values were turned upside down. Mom’s fury at my generation’s “immorality” and at my choices for independence exploded in tirades against me while she simultaneously berated my father for “saddling her” with a rooming house as he traveled half the year. The “happily married” future of which she’d been certain was crumbling.

This memoir is the only non-academic book I’ve discovered about redlining, interweaving its pernicious effects with a personal narrative based on my family’s written, real-time history.

Several themes are explored in the book:

“Redlined sets a steady pace and holds reader interest by embracing several main themes. In addition to portraying a marriage that survived more than its share of stress, and the consequence-laden decline of an urban neighborhood, it also shows, through the narrator’s eyes, what it was like to grow up in the 1960s, to be born into a relatively stable, picket-fence world and navigate young adulthood in a world marked by war protests, race riots, assassinations, free love, and the counterculture. The book shifts easily from one focus to another, weaving a seamless tapestry that offers a credible panorama of an entire era.”

I wrote this book because I wanted to share what I learned about relationships, kinship, and the impact of mental illness on a family and a marriage, all based on my vast store of first-hand accounts. I also wanted to share what I learned about redlining’s destructive force of creating segregation, and the policy’s direct impact on my family, all interwoven with my own coming-of-age in the turbulent 1960s.

BIO
Six-time Emmy-honored Linda Gartz is a documentary producer, author, blogger, educator, and archivist. Her documentaries and TV productions have been featured on ABC, NBC, CBS, PBS, and Investigation Discovery, syndicated nation-wide. Her educational videos include Begin with Love, hosted by Oprah Winfrey and Grandparenting, hosted by Maya Angelou. Gartz’s articles and essays have been published in literary journals, online, and in local and national magazines and newspapers, including The Chicago Tribune. Born in Chicago, she studied at both Northwestern and the University of Munich, and has lived most of her adult life in Evanston, IL. She earned her B.A. and M.A.T. degrees from Northwestern.