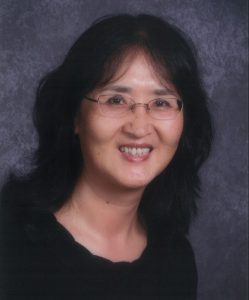 I was born into China’s second class masses of peasantry after miraculously dodging my mother’s heavy wooden washboard she pushed against her pregnant belly trying to abort me.

At two months old, I was left in the hands of my resentful illiterate peasant grandmother, who had a pair of three-inch bound feet and explosive temper. She had once thrown her own newborn baby daughter into the urine pot to drown.

“Old Heaven God,” Grandmother cried out. “What have I done to deserve the punishment of this worthless female piece? I wanted a son …”

(Twenty-five years later, when my own daughter was born, my medical professor pressured me to have my infant daughter lethally injected and killed so I could try for a son.)

Luckily, my sense of self worth as a small child was preserved by my adoring grandfather. Today I can still hear his merry chuckling and laughter, telling everyone that nobody’s child was ever as bright and quick-brained as his darling Mei Mei.

I survived the world’s worst famine eating watery millet soup as my staple baby food, when thirty million Chinese peasants died of starvation after no more grass, tree leaves and bark left to eat.   I turned eight when Grandmother made Grandpa send me to live in the faraway city of Taiyuan to wait on my parents and two younger brothers as a Chinese Cinderella.

My silent-eyed mother never smiled at me. And my violent-tempered father slapped and kicked me for the slightest mistakes I made doing the house chores. He said I was a dumb knucklehead like an elm tree stump.

The brutal abuse quickly broke me around my ninth birthday. I lost the functions of my hands and legs and was hospitalized forty days. Dr. Liu said I wouldn’t live past age twenty-five.

Excelling in school was my happy escape. But Mao’s decade-long Cultural Revolution destroyed my only joy in life when schools were shut down, books burned and teachers beaten, many murdered. I was ten years old.

My mind and brain was hungry when daily learning became nothing but forced memorization of Mao the god’s revolutionary teachings about why class enemies should be killed mercilessly.

Equally malnourished was my adolescent body shivering in cold for hours waiting to buy rationed frozen cabbages in winter and tomatoes in scorching summer.

I was twenty-one when the government finally allowed free competitions for colleges. Catching the last bus I competed into college against thousands, becoming one of the very fortunate few out of millions of my intellectually ruined generation.

I was a proud pedestaled top elite high school English teacher before winning the runaway number one in Shanxi Province to come to America.

How grateful I am now as an American citizen.

Jing taught high school English in China, another twenty years of Mandarin Chinese in San Francisco. She holds a Master’s Degree in Education.  Jing became a full-time writer in 2013 and is published in Linda Joy and Brooke’s 2016 Magic of Memoir Anthology. Jing Li won the Grand Prize / San Francisco Writers Conference 2017. Jing loves kids, dogs and cooking. Her immediate future plan, upon completion of her memoir, is to teach America’s kids how to do math in their head and calculate everyday dollars and cents without using a calculator. She’s recently completed her 300-page Mental Math for Kids.

Writing in her second language, from a lifetime full-time classroom school teacher turned into writer, has consumed all of her time and energy. She has finally completed writing her (130,000-word) memoir, The Red Sandals, and is about to finish rewriting it.