Words are my passion. It began as a young child when I lived in foster homes and a Children’s Home during the Great Depression in the 1930s and continued through the 1940s.  I learned to write and tell stories to anyone who would listen as a way to connect with the people in my life. I didn’t understand why my friends and schoolmates lived a different life from mine: pretty clothes, bicycles, parents who picked them up in big, black cars, while I wore second-hand clothes and walked everywhere.

My writing passion flourished during the early 1950s, when as a student nurse, I learned to write narrative non-fiction in the form of ‘nurse’s notes’ on patients’ charts that described in detail: how the wound smelled and the color of the wound drainage. Again, the medium was words.

My next writing journey began in the 1960s with my graduate education to earn a PhD in Sociology where the predominant medium was numbers. I learned a new form of thinking and writing that was heavily focused on the manipulation of quantitative data. Writing science was a challenge because I preferred words to numbers. But I accepted the challenge and evolved into a social science researcher, publishing books and articles as an academic sociologist. But my thirst for narrative non-fiction remained. This hunger led me to my current journey: creative non–fiction.

Early in 2000, my husband showed physical signs of a severe neurological disease: hand tremors, facial tremors, and slightly slurred speech. I began writing a journal of my observations. On Friday the 13th, 2000, he was diagnosed with ALS, commonly known as Lou Gehrig’s disease. I continued this journal throughout our journey. Journaling exposed me to myself. I found that sometimes I wanted the dying to happen sooner so I didn’t have to watch his pain and he would be free of this ugly disease, but 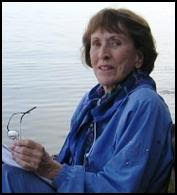 then he would be free of me. The contradictions loomed large during the journey we shared.

I published a memoir in 2011, LAST FLIGHT OUT: Living, Loving, & Leaving.  My current memoir, SWEET ABANDON: An Orphan’s Life Amid Secrets and Lies is in the last phase of revision.

In my mid-eighties, I continue to feed my passion as I write my memoirs.  Belonging to a literary community helps me learn, grow, evolve and connect with other human spirits—a precious gift.