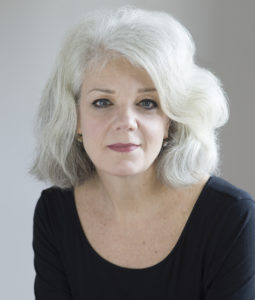 I sit on my sofa, computer nestled on my lap. I check out social media and two email accounts. Nothing earthshattering. A pigeon perches by my window for a few seconds, then flutters off, its body too big for the shallow sill. Cumulus clouds have appeared in the distance and I wonder if it will rain later. I peek at the weather report, then slide my mouse over to the New York Times Breaking News and get caught up in some headline or other.

Finally, I close all applications and maximize the page I’m supposed to be working on – only to confirm that, yes, the words I’d left there ten minutes ago are still awful, surely inadequate for whatever story I’m trying to write. I look at my watch: 2:15. I delete an entire paragraph and ponder new words that might actually pass for acceptable. I’ll stay put for three more hours and it will, no doubt, feel awful. But I’m used to that. I think about the years before I was a writer, when, as a professional oboist, I’d learned exactly what living day after day with “awful” was like.

There is nothing like the specter of a performance to send musicians to the wood shed. The legendary jazz saxophonist, Charlie Parker, coined the phrase “shedding” (which is double speak for practicing) when he’d retreated to the wood shed at the back of his house after being humiliated for messing up on a gig. The story goes that someone threw a cymbal at him when he missed a chord change. He was just 16 years old, already addicted to heroin, and remained in that shed for about a year and practiced his way to becoming a jazz visionary and one of the greatest musicians of the 20th century.

Shame, as in Parker’s case, can accomplish a lot. It might be the low flame on which a musician sits in order to come terms with failure. That’s just one way to buckle down: getting burned. But for most musicians, as I was in New York City’s highly competitive classical music scene, the pull toward the practice room is more like an imperative. Because great art music demands close inspection, and the necessity to be fully prepared to within an inch of your life. Every. Single. Day.

Sitting in a practice room for hours is not fun and rarely feels rewarding. Yet musicians see this daily discipline and rigor as simply a given – a life sentence of sorts. And they expect things to sound pretty bad for a good long while. Grinding through that rub to get to the smooth edges brings them closer to the beauty of music. This is hard to do and bruises the ego frequently; and one wonders on occasion, when will the good stuff show up? But waiting for the muse to strike is a fantasy musicians have no time for because a performance always looms. “Blocks” are a lie we tell ourselves, and inspiration is just perspiration in disguise. Musicians enter their wood shed every day.

When I began to write my memoir, The Skin Above My Knee, I’d never taken pen in hand, not even in a journal. I had a good command of the English language, a gripping tale to tell, and an unconscious urge to tackle another art form. But the most important thing I understood was where I was headed: to the wood shed. I slammed the metaphorical door shut; the lock snapped with a bang. I was trapped and driven by my own volition and story. I sat in the chair for hours every day with my computer on my lap and wrote lots of awful words, then threw out those darlings. I failed massively and managed to progress incrementally – just like a musician.

Making music beautifully and writing exceptional sentences are the same: it’s a marathon, not a sprint. And as any serious runner will tell you, there is considerable pain involved in a 26-mile run. But the exquisite bliss experienced beyond the finish line is indescribable. And so worth it.

So, I sit on my sofa, computer nestled on my lap. I write my words. I throw them out. I try again. I keep at it. And I stay put. I am in the wood shed.

Marcia Butler is the debut author of the nationally acclaimed memoir, The Skin Above My Knee. She was a professional oboist for twenty-five years until her retirement in 2008. During her musical career, she performed as a principal oboist and soloist on the most renowned of New York and international stages, with many high-profile musicians and orchestras – including pianist Andre Watts, and composer and pianist Keith Jarrett. Marcia was a 2015 recipient of a Writer-in-Residence through Aspen Words and the Catto Shaw Foundation. Her work has been published in Literary Hub, PANK Magazine, Psychology Today Magazine, The Aspen Institute, BioStories and others. She has written a novel which is currently out for sale to publishers. Marcia lives in New York City.