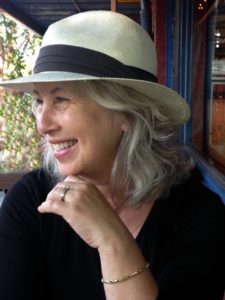 There Was a Fire Here: A memoir that rose from the ashes

My book began as a string of short pieces, each one memorializing something of importance I’d lost in the 1991 fire that destroyed over three thousand homes in my city. The fire made an appearance in nearly everything I wrote afterward, either in passing or as a focal point. I didn’t imagine that the pieces I was writing would somehow fit themselves into a book. It took many years, a dedicated effort through an MFA program, a year of not writing, and some excellent coaching to see that these memories—and more—could be stitched successfully into a memoir.

The story I wanted to tell wasn’t just my story: it involved a widely publicized event that cost 25 people their lives. I had to make sure I got the details right to honor them and others. Luckily, I had the chance to do interviews. I’d also kept newspaper articles and a journal from that momentous time. My biggest challenge was digging deep into my memory to recall the horror of those early days, and confronting the moments when I was at my lowest.

Risa Nye is a California native. Her books, articles, and essays can be found at www.risanye.com. She co-edited the anthology Writin’ on Empty: Parents Reveal the Upside, Downside, and Everything in Between When Children Leave the Nest. Her Ms. Barstool column and other articles appear in Berkeleyside.com. She also writes for EatDrinkFilms.com. She returned to graduate school in 2009 and earned an MFA in Creative Writing. Her memoir, There Was a Fire Here (SheWritesPress) was published in 2016.