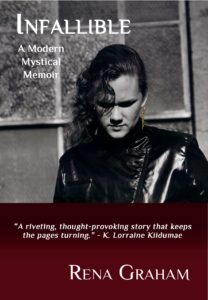 Book Synopsis
INFALLIBLE: A Modern Mystical Memoir tells the story of an ambitious young interior designer, living a life of freedom and novelty, in 1980s San Francisco. She thought she’d left her past behind and attained the glamourous new life she’d fought hard for. Then the violence started: four seemingly random attacks in two years, the last almost fatal. These coincided with some of the worst violence San Francisco had also endured: the Jonestown massacre in the jungles of Guyana by local cult leader Jim Jones, the double murder of George Moscone and Harvey Milk and the subsequent White Night Riots. Was there a connection between her mugging, attempted car-jacking, street attack and stabbing and the violence that rocked The City she dearly loved?

Searching for help after exhausting conventional medical and legal sources, she met a one-armed astrologer who told her she had the most difficult chart he’d ever seen. His uncanny level of prescience and clear-headed guidance helped her move forward in life and heal the deep trauma she’d suffered. But what of the thirty difficult years ahead that he tried to prepare her for? What would she believe and which of his prophecies would come true? How did her belief influence the fate he saw for her? Would she eventually engage the future he saw for her, one so different from the one she strived to achieve?

Rena’s voice is as distinctive as the tale she’s chosen to tell. She plumbs experiences that could have sidelined others to bring the reader universal questions regarding belief and fate. Written from the mature, reflective voice of someone who lived and evaluated those years, this is a book for anyone who might wonder at their own odd destiny. Bold writing, telling dialogue and provocative characterization are highlights on this dramatic, yet humorous debut memoir. 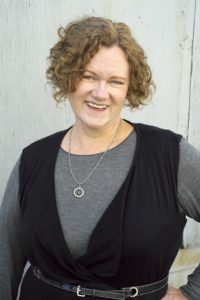 Bio
Rena writes short and long form creative non-fiction and is a graduate of The Writer’s Studio at Simon Fraser University in Vancouver, BC. Originally from the U.S., her work’s been published there and in Canada, where she currently makes her home. Cobalt Review, The Bookends Review, and the upcoming inaugural edition (spring 2017) of Chroma Magazine have all featured her work. She’s also had pieces shortlisted in Malahat Review’s Open Season awards and The Writer’s Union of Canada Short Prose Competition. Her work as an editor and ghostwriter helps writers and non-writers get their personal stories on the page.