Writing a Book with Benefits: Steps I Took to Take Care of My Memoir’s Future Readers 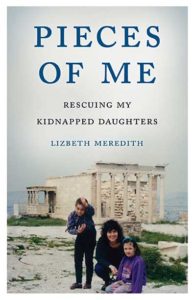 Pieces of Me: Rescuing My Kidnapped Daughters recounts the Lizbeth Meredith’s two year struggle to bring home her internationally abducted daughters from Greece to Alaska. It’s the story of a 29 year-old woman whose life was marked by domestic violence and childhood kidnapping who faced a $100,000 problem on a $10 an hour budget. More than simply a missing children’s story, Pieces of Me is also the story of the generous community in Anchorage, Alaska and a growing support system in Greece who joined Lizbeth’s efforts to make the impossible a reality.

It is a 2016 USA Best Book Awards Finalist in Women’s Issues.

I’ve been asked this question repeatedly since publishing my memoir in late September of 2016. And honestly, it wasn’t as though I hadn’t been trying.

I began my journey in memoir in 1996, just after I returned with my daughters to America after recovering them from Greece, where they’d lived in hiding for two years after my ex-husband spirited them away.With my journal in hand and cassette recordings I’d made to track events, I began to write my book.  I was 31 then, my traumatized little girls were 7 and 8 years old. I was young and headstrong and raw from my experiences, and I wanted to share my story in part to get even. I wanted to get even with a justice system that had failed me, both in the states and in Greece. I wanted to get even with the people responsible for my daughter’s kidnapping. And I wanted to anyone and everyone who continued to ask battered women “Why do you stay?” that a victim leaving a violent relationship was not surefire way to end the abuse like I had once believed it was.

But year after year, draft after draft, my reasons  for writing my memoir changed in direct proportion to the amount of healing my girls and I experienced. There were universal themes and messages I wanted to share. There were lessons in dealing with inter-generational trauma that I was compelled to write. And before I knew it, my so-called misery-memoir became the piece of me I am proud to gift to my daughters and to my readers.

In this discussion, you will learn:

*The value of outlining your memoir’s takeaways, those messages your readers will benefit from reading.

*How the passage of time can help clarify your true story that’s encased inside all of the events.

* Tools and techniques that help channel the emotions of events long ago.

* Why including humor and insight is important to your reader’s well-being.

* How writing a book with benefits led to natural partnerships in the launch phase. 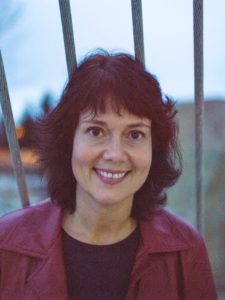 Lizbeth Meredith is a writer based in Alaska with a bachelor’s degree in journalism and a master’s degree in psychology. She has worked as a domestic violence advocate and a child abuse investigator, and with at-risk teens as a juvenile probation supervisor.

Lizbeth published When Push Comes to Shove: How to Help When Someone You Love is Being Abused on Amazon and Nook, and is a contributor to A Girl’s Guide to Travelling Alone by Gemma Thompson.