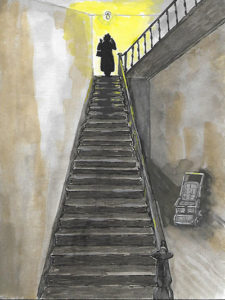 Patricia was “cracked open” at age two by a nearly fatal accidental fall.  Her earliest memory is that of the unseen hands that lovingly carried her down an entire staircase.  This gracious act performed by an anonymous presence occurred within weeks of the sudden death of her eighteen-year-old sister.

Growing up in a family devastated by death and dysfunction, Patricia became increasingly aware of the many enigmatic incidents that infused themselves into her life.  By far, the most profound of these was a chill day in November of her ninth year when a premonition demanded that she remain home from school.   This was to be the day that her chronically ill father would die.  Home alone with him, Patricia was unaware that he was dead until she reached out to wake him from his day-long sleep.  In that moment, two things happened.  Her hand registered the ice-cold flesh of her father’s arm and she was pulled implausibly into a place of bliss hearing the last words she would ever hear her father speak – words of comfort, spoken from the other side.

Left with a disabled older sister and a mother plundered by grief, Patricia took on the role of peacemaker.  While her outer world was confined by walls of despair and frustration, Patricia’s inner world took on new depth and breadth.

The place was New York City during the 1960’s.  Even in this world of cultural tumult, she found nothing to explain or even validate these glimpses into the unseen.  What she was being taught by the good Dominican sisters swayed far from the mark.  As her home life degraded into darkened rooms and silence punctuated by the pain-fueled bickering of her mother and sister, she turned to books and her love for drawing.  These became her teachers and her sanctuary as she learned to navigate two worlds.

The struggle to understand both of these worlds and find the nexus between them, became her secret obsession.  Search for meaning both in the seen world, so fragile and temporary and the unseen world so tantalizing and unpredictable, led her down many esoteric paths.

In this memoir, Patricia winds her story around the chronological recounting of a multitude of these inscrutable vignettes, depicting them both through illustration and the written word.  This is a story of one woman’s search for meaning. 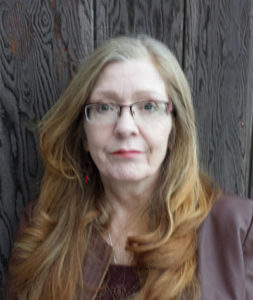 The hauntingly beautiful Delaware River Valley is home to Patricia and her husband of nearly thirty years.  Patricia has been writing since childhood and drawing since infancy.  Mostly self-taught, she can cite many talented individuals who have mentored her along the way.  Mostly a writer of short stories, having published two, Patricia’s memoir is her first book-length work.  Patricia has worked as a counselor, a legal assistant and as an art director.  She is the winner of The People’s Choice Award at the Niagara Falls International Plein Air Painter’s Worldwide Paint-out.