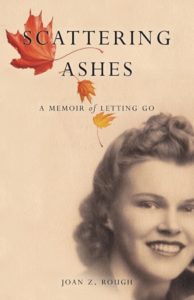 Feeling responsible for her mother’s care as her health declines, Joan invites her mother to move in with her. While facing continued ailments and eventually her mother’s stage four lung cancer, they struggle to maintain their own privacy and independence. Though Joan longs to be the “good daughter,” helping her narcissistic mother face the reality of her coming death, her mother, sure she will live forever, does everything she can to remain in control of her life. When repressed memories of being abused by her mother when she was a child arise, Joan fills with deep resentment and hatred toward the woman who birthed her. When her mother dies almost seven years later, Joan is left with a diagnosis of PTSD, intense bitterness, and a bag of her mother’s ashes. Five years and four different “Letting Go” rituals later, Joan discovers her own true identity, finds forgiveness for her mother and herself, as she reassembles the broken pieces of her life.

This story is for adult children left with the emptiness of investing themselves in a loving yet hateful relationship with an aging parent and the challenge of renewal when their loved one is gone. It’s loaded with themes of love, guilt, condemnation, heroism, hatred, dedication, perseverance, loneliness, regrets, PTSD, substance abuse, forgiveness, healing, and humor. 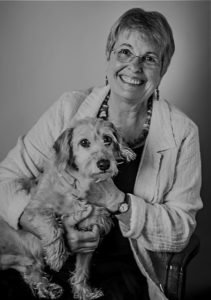 Joan Z. Rough is a visual artist and writer. Her poetry has appeared in a variety of journals, and is included in Mariflo Stephens’ anthology, Some Say Tomato. At one time, a fiber artist and raiser of sheep and angora goats, Joan’s first book, AUSTRALIAN LOCKER HOOKING: A New Approach to a Traditional Craft, was published in 1980. She lives in Charlottesville, Virginia, with her husband, Bill, her two dogs, Sam and Max, and crazy cat Lilliput. When she’s not making art or writing, she can be found taking long walks, tending her garden, and enjoying the natural world.