Memoir Challenge #1–Wrestling the Truth in Your Memoir

As memoir writers, we approach the page with a powerful story to tell, one that won’t let us go. We start out great, writing, journaling, dreaming and thinking about our story, but then the energy starts to slow down. We look for reasons not to write, we stumble over our words. A voice inside our head says, “Don’t say that. You can’t tell people THAT!” The silencing and freak out begins.
The wrestling match starts as we write the truths that have been hidden for so long, and as we pull back either in shame or feeling that we will be judged by our family and friends.

Our guests at this week’s Roundtable discussion know all about this. Amy Ferris, author of Marrying George Clooney, writes every day about being brave and writing and saying your truth on her Facebook page to help inspire writers and—well, just everyone. But it wasn’t easy for her to write her book about menopause, her mother, and many personal thoughts and feelings. Hollye Dexter’s book Fire Season is about losing everything in a fire that destroyed her house and nearly killed her and her family. They had to jump out windows to escape. But the fire that doesn’t kill you will still burn your psyche for years to come. Her story is about how the fire destroyed more than material possessions, how it challenged the foundations of her being, affecting relationships, her marriage, and her sense of self.

In writing my new memoir, I’ve found that it’s one thing to write honestly about childhood, and an 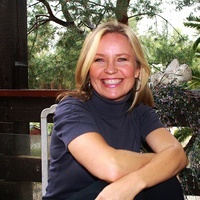 other to write about being an adult, and making the choices I did. Writing a memoir exposes you down to your roots, and yet, the genre demands that we do our best to dig all the way down to write an authentic story that is our truth.

Please join us for a deep and inspiring discussion about truth with Amy and Hollye. It will give you food for thought about your own story and how to wrestle with your truths.

We will talk about:

Listen to the recording here

=Hollye Dexter is author of the memoir Fire Season (She Writes Press, 2015) and co-editor of Dancing at the Shame Prom (Seal Press). An NIEA finalist for best memoir, FIRE SEASON was chosen by First For Women Magazine as one of their six top summer reads, and was excerpted by Reader’s Digest for their Thanksgiving issue. Hollye’s essays and articles about women’s issues, activism and parenting have been published in anthologies as well as in Maria Shriver’s Architects of Change, Huffington Post, The Feminist Wire, Writer’s Digest and more. In 2003, she founded the award-winning nonprofit Art and Soul, running arts workshops for teenagers in the foster care system. She currently teaches writing workshops and works as an activist for gun violence prevention in L.A., where she lives with her husband and a houseful of kids and pets. www.hollyedexter.net Amy Ferris is an author, screenwriter, essayist, playwright and editor. She edited the upcoming new anthology Shades of Blue, to be released October, 2015. her memoir, marrying george clooney, confessions from a midlife crisis (seal press) was adapted in an off-broadway play in 2012. she has written films (mr. wonderful, anthony minghella, director and funny valentines, julie dash, director), tv, and has contributed to numerous anthologies, including the one she co-edited, dancing at the shame prom (seal press). she was guest editor-in-chief for two magazine, glossies, where she created the annual all women’s issue. amy lives in pennsylvania with her husband and two cats. she is very content on most days.

Sign up to listen in to the call or receive the recording.