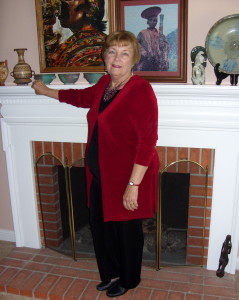 Evelyn’s passions are traveling and writing about her travels. She expects to complete her memior, Impulsive Adventurer, this year. Early life in rural Montana, a move to California at sixteen, and two years in the Peace Corps in Peru provide a colorful background for a fascinating first book. Evelyn’s writing has appeared in the Delta Kappa Gamma Bulletin, World View and the Tri City Voice. Evelyn is a founding member of the Fremont Area Writers, a branch of the California Writers Club and a lifetime member of the National Association of Memoir Writers. Her current website can be found at Evelynsedits.wordpress.com.

The memoir, Impulsive Adventurer: Montana to Machu Picchu, a 1960’s Peace Corps Journey takes place in two states, three countries and on two continents. The book recounts the explorations and dilemmas of Evelyn, a country girl from a protective Catholic family as she moves at age sixteen from rural Southeastern Montana to California and beyond. Her overactive imagination and insular family life contribute to misunderstandings about sin and sex and motivate Evelyn to become a nun.

When attending college in California Evelyn volunteers to help Caesar Chavez take a census among migrant workers in the Fresno Valley. There she grows to care about people different from the farmers and ranchers where she was raised. She realizes that the music, food, and caring nature of the Latino culture complete her. Evelyn is touched by the generosity of the Spanish-speaking laborers, who, though poor in material wealth, are rich in spirit. They show her more affection than her family.

The summer of her junior year at the all women’s Catholic College she attends, Evelyn lives in a small Mexican village. She gets lost in Tijuana but finds her way to Apaseo el Grande where she helps start a school and organizes a library. In her senior year, she decides to join the Peace Corps instead of enter the convent. That decision forever changes her life. The Peace Corps trains Evelyn in Rural Community Development and sends her to live in the mountains of Peru.

Evelyn feels out of place in the land of the Incas when she finds herself without a town to live in. She and a Peace Corps colleague, Marie, venture into the unknown to find a Shang-ri-la. For a year and a half the two friends are part of the Andean community of Abancay. They embrace the challenges of living without drinkable water and dependable electricity while they prepare to provide health and education to a developing Quechua-speaking town. At the local hospital, they learn how to deliver babies. They teach English, and organize 4-H type girls’ clubs. And they fall in love with local men.

Evelyn learns what real love and heartbreak are. At the end of her tour, with airline tickets in hand, she has an important decision to make. The final scenes take place with Evelyn’s family back in the States. The book begins, “From rivulets to a stream to a torrent. Forces of nature shaped my life, from innocence to sexual awakening to passion. The emotional eddies that flowed through the hills and gullies of my Montana childhood began as silent streams of religious reverence and family protection. They crept along at a creek’s pace when I was a teen in California and erupted like a storm-stirred ocean as I entered my twenties and lived in Puerto Rico and Mexico. A tsunami of passion swept me away when I was twenty-two and a Peace Corps volunteer in Peru.”