Your Memoir as a Movie 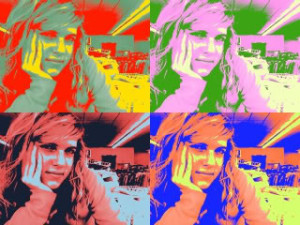 Do you love movies? To me, there’s nothing so satisfying as sitting down to immerse myself in a new story. The first few moments need to capture my attention so I can’t look away. I make sure my tea is nearby, and that my kitties are ready to settle down on my lap. Once the kitties are there, I won’t be getting up for at least an hour or more as the story weaves its magic around me. It grabs me with a scene, in a moment where I’m drawn into a world not my own. I’m inside the scene, inside the beginning moments of a delicious new story. Whether it’s the first moments of Downton Abbey or Star Wars, you know that you are being taken on a journey to another world.

Brooke Warner and I use the “write your story as a movie” metaphor frequently in our Write Your Memoir in Six Months workshops to make our point about how important scenes are in writing a compelling story. We have the writers we coach do a “scene check” to see if they are including the important elements necessary to weave the magic a good story needs.

Necessary element #1.
A scene is set in a particular moment in time presented by the narrator-protagonist—you.
Necessary element #2
A scene exists to immerse the reader in a significant moment where something important happens that creates change—a moment of dramatic significance that includes conflict or a challenge.
Necessary element #3
The scene is connected to the theme(s) in the book.
More necessary elements:
Sensual Details
To create a powerful scene you need to paint a picture and offer sensual details that trigger a response in the reader’s brain. Include smell, sound, texture, colors, body language.
Dialogue—dialogue helps to create distinctive characters and advances the plot.
Vivid descriptions create the movie in the mind of the reader, in Technicolor.

More about Scenes
A scene is a building block of your memoir. At the beginning of your story, you’ll be introducing people, including yourself, as characters. You need to include action-there’s movement in a scene that propels the story forward. Sensual details such as smell, sound, taste, and colors create a picture in the reader’s mind and stimulate an emotional response. Include a kinesthetic sense, such as the difference between the way snow feels and the way a hot, humid day feels.

You can have a full scene that is narrated and without dialogue or interaction, but you know it’s a scene because it occurs in a particular moment in time and something important is happening. Cheryl Strayed uses this technique in Wild. The “now” narrative takes place when she’s mostly alone on a trail, but it’s full of scenes. In some scenes, she moves in and out of time and in others she’s still in the wilderness. She’s not interacting with anyone, but something meaningful is happening.

Weaving Narration and Reflection in your story

There are two “I” points of view in a memoir. In one, the specific scene, let’s say you are five years old—you’re the character in the scene and see the unfolding moments through the eyes of who you were then.
And in a memoir, you’re also the narrator, reflecting on what happened and guiding the reader through time. “I remember, I thought that I would recover somehow…” There’s always the “I” character and the “I” narrator moving through time.

Reflection includes moments between scenes where the memoirist reflects upon what just happened and tries to make sense of it, or freaks out, or gets a new insight. These are internal moments where you tell the reader how you feel or what you wish had happened differently. Be sure to notice if your reflection is taking place in the point of view of your “I” character or you as the narrator reflecting now.

Takeaway
A reflection offers what’s called a “takeaway” for the reader—a universal connection that reaches beyond your individual story and connects with your reader. The takeaway a nugget for the reader of self-understanding. Takeaways are smaller moments within the narrative when you tap into something bigger than yourself, you reveal a universal human truth. In a takeaway, you’re and trying to connect to your reader in a way that’s bigger than your book.

from Wild by Cheryl Strayed—a takeaway:
“I was three weeks into my hike, but everything in me felt altered. I lay in the water as long as I could without breathing, alone in a strange new land, while the actual world around me hummed on.”
That’s a universal connection, how she’s changed. She’s already being changed by something and many of us have had that experience. We’ve all been alone in a strange new land, so we can identify with what she’s saying.

Flashback
A flashback is a full scene—a new time and place where something is happening that takes you away from the time and place moment in the scene where you were. Be clear about: why and where you are going to pick up this other moments in time. The purpose of a flashback is to illuminate the present so the reader better understands the situation