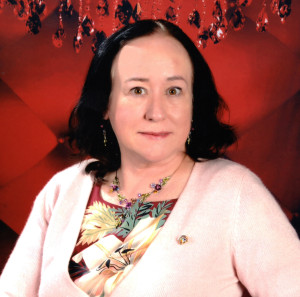 Martha Graham-Waldon is a writer, spiritual entrepreneur and armchair activist who happily resides in the Santa Cruz Mountains of California with her family and a menagerie of pets. Her articles have been published locally in The Santa Cruz Sentinel, The Metro and Press Banner and internationally in the Canadian Dance Connection and several online journals. She is a winner of the Women’s Memoirs contest for a vignette that will appear in the forthcoming eBook Tales of Our Lives. A member of the National Association of Memoir Writers, Martha also loves travel, the outdoors, Jazzercise and music. She is thrilled to be debuting her first book, the memoir Nothing Like Normal—Surviving a Sibling’s Schizophrenia with Black Opal Books on November 14, 2015. 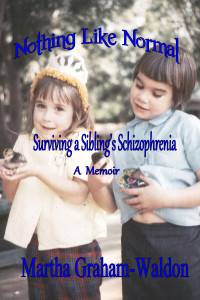 What if you woke up one day to be living with a family member who had changed into an entirely different person? What if she were an older sibling you had always admired and strived to be like? And what if you were an insecure preteen when it all started? What would that do to your life? This enthralling premier memoir chronicles a young girl’s journey into adolescence as she witnesses her sister’s downward spiral into schizophrenia. Two years younger, she watches her mentor’s descent into madness while clinging to the person who she knew and loved, as she herself is nearly pulled down into a shadowy, baffling black hole of despair. Her struggle to survive and move forward on a journey of self-discovery will resonate with anyone who has known the heartbreak of mental illness in their family while inspiring hope and healing as well.

You can learn more at: www.nothinglikenormal.com