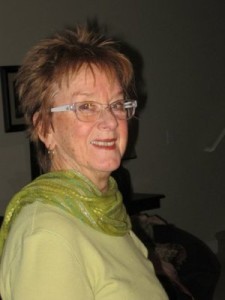 Kathleen was born a social worker—counseled childhood friends, rescued birds from cats. She eventually made a career of it and has been a therapist, a teacher, a lover, a long-distance mother, and a spiritual seeker. While in the Deep South, she became a racial justice advocate and worked at making the tiniest chip in the iceberg of injustice. She carried her passion back to Oregon and was awarded a Martin Luther King Lifetime Achievement Award in 2013.

Shortly after that, she dove into writing her memoir in hopes of sweeping away the last remaining crumbs of guilt. 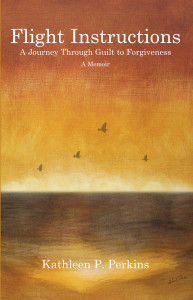 This touchingly honest memoir opens in a California hospital where a two-year-old child lies near death.

Mirroring the age-old tale of the hero/heroine’s quest for self-discovery, the story chronicles the eventual decades-long journey taken by Kathleen Perkins when she answers an inner summons ferocious enough to wrench her from her husband of fourteen years and their three young children.

Loosed from her family, severed from the life she had known for over thirty years, she felt both liberated and lost—exhilarated, yet completely rudderless. With no developmental chart for starting over, Kathleen lurched forward.

Although still in the precarious company of her shadow persona Denial, with a Big D, a spiritual awakening began as she doggedly forged on, pursuing, and then accomplishing amazing goals.

She joined the U.S. Army, using the G.I. Bill to support an educational pathway. She eventually earned four degrees: a bachelor’s, two masters’, and a Ph.D. Perkins segued from her Ph.D. program and studied at the London School of Economics and Political Science and then joined the faculty at Louisiana State University, School of Social Work, in Baton Rouge.

The powerful spiritual dimension that Kathleen uncovered on her forty-year journey forced her to take her hands from her eyes and the shield from her heart.

While this memoir speaks of abandonment, at the core it is about familial love, healing, coming to terms with inner demons, forgiveness, spiritual awakening, magic wands, fairy dust, and redemption.

The story’s moving epilogue brings the reader full-circle as daughters and mother gather to talk, laugh, and cry as they discuss “the leaving event,” its impact on their lives, and how it helped forge the girls into the strong, and stalwart women they are today.

Want to be featured? Become a NAMW Member and submit your information to be considered.