This month we are pleased to have a conversation with two successful NAMW members who have something in common—stories that take place in Caribbean countries:  Cuba and the Dominican Republic. Rita Gardner is the author of The Coconut Latitudes, and Lorenzo Martinez wrote Cuba, Adios.

We all know that writing a memoir is a long journey of the soul, the joy of exploring the past mixed with the struggle to bring forth the story that we are compelled to tell. Rita and Lorenzo will share with us their their journey to their memoirs. 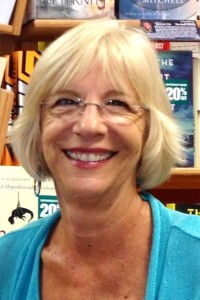 I will be speaking about how my book came into being. This includes being motivated by writing groups that encouraged me to keep pulling out even the most painful stories from my past, and a pivotal writing residency (Hedgebrook) which provided space and time to write fearlessly, and made me realize for the first time in my life that yes, I am a writer.

Since digging into the past can reveal landmines—such as how to depict childhood experiences when family members are fiercely committed to keeping secrets buried, I will relay how I was (finally) able to tell bring my own story of secrets to light. I will talk about how I knitted disparate pieces into what Anne Lamott calls “the shitty first draft.” I will stress the importance of a good editor to help create a cohesive book. I will talk agents and my choice to publish with She Writes Press. Having my book out there “in the world” has brought gifts I never expected or could predict.

What participants will learn:
• Validation that you are not alone in what can be a difficult process.
• Tools you may not have considered (writing groups, classes, residencies.)
• That it’s important to put your stories into words even if you are afraid of possible consequences. And that you don’t need to share that writing with anyone until you’re ready.
• The critical need for a good editor no matter how wonderful you think your writing is.
• Knowledge that writing your story can bring surprises and connections you might never have imagined.

Rita M. Gardner grew up on her family’s coconut farm in the Dominican Republic. Her memoir The Coconut Latitudes: Secrets, Storms, and Survival in the Caribbean was published September 2014 by She Writes Press. The book depicts a childhood on an island paradise, a journey into unexpected misery, and a twisted path to redemption and truth. Her essays, articles, poems, and photographs have appeared in literary journals, travel magazines and newspapers. She was awarded a writing residency in Hedgebrook, a literary non-profit organization benefiting women writers. She continues to dream in Spanish and dance the Dominican merengue. Her favorite color is Caribbean blue.

The Coconut Latitudes is garnering laudatory reviews from the Americas to Europe. Two samples: From Publishers Weekly’s select review: “Gardner has written a rich, haunting book that vividly captures her childhood and makes everyday turmoil vital through precise and honest prose.” The noted Dominican author Julia Alvarez, awarded the National Medal of Art in 2014 said: “Another fine writer we can embrace as ours: an honorary Dominicana, who moves beyond borders into the wide open spaces of the heart.” 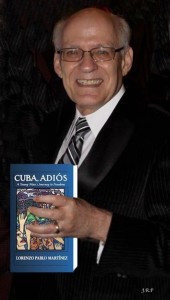 My presentation will show how a visit back to Cuba in 2002 motivated me to start the journey of writing my memoir. I kept a journal of the trip and started writing “scenes,” to bring to life the culture of my homeland. After five years, however, I discovered I had hundred s and hundreds of pages of text but no book. I had arrived at what Linda Myers calls “the muddy middle.” I called it my “Friday night messy desk.” Every Friday my desk was totally out of control and I had to spend a couple of hours putting order to it, filing papers, throwing out what I didn’t need. I decided to treat my book the same way.

I will explain how by using this process I discovered the over-all theme of the book and its structure. I will also mention how I found a literary agent even before I had a full first draft completed. That same year, however, I was diagnosed with multiple myeloma, a rare cancer of the blood. At first, I thought my dream of writing my memoir was over. I underwent chemo therapy and later a stem-cell transplant.* But I didn’t give up. During my recovery I revised and revised and revised until my agent agreed it was time to shop my manuscript around.

All in all I received encouraging feedback; the positive, however, would be followed by “there’s a very small market for books of this type.” After a year of “no sale,” I chose the self-publishing route, and used what is known as “agent-assisted self-publishing,” a relatively new method that I will discuss during the presentation.

*A month after my stem-cell transplant I was told I was in remission. This March I will have been cancer-free for five years.

What members will learn:
• Writing a memoir is a complex process
• Embrace the “muddy middle” or Friday night “messy desk.”
• Look for your themes to help your structure.
• Every memoir is different—develop your unique story and style.
• Never give up.

Born in Cuba, Lorenzo Pablo Martínez was part of Operation Pedro Pan, a secretive mass exodus of children fleeing the Castro regime that landed in America between 1960 and 1962. Martinez holds a master’s in piano performance from Manhattan School of Music and a doctorate in music education from Teachers College, Columbia University. As a pianist, he has appeared in recitals in concert halls and on radio and television. His musical compositions have been performed nationally and at international festivals. The television show Captain Kangaroo featured some of his works, and for Group Soup, a children’s book published by Viking, he contributed the title song. In addition, a book of his children’s songs, The Circus, was published by Clarus Music Ltd. Martinez published his own children’s story, The Ballerina and the Peanut Butter and Jelly Sandwich. He co-edited The Ginseng Conspiracy, a mystery book published by Muse It Up, a Canadian group. His memoir, Cuba, Adios, explores his Pedro Pan experience. Martinez is currently working on a second memoir and a Young Adult mystery novel.