How to Craft the Beginning of Your Story 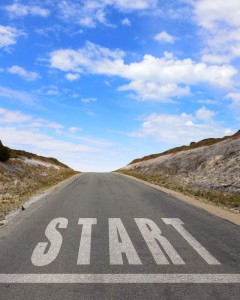 As readers, we all have the experience of trying to find our bearings as we begin a story. To get “inside” the story that’s beginning, we readers are curious about who the main characters are, and we’re eager to learn about them—to learn why we are being told this story about these people.

Early in a story, we’re getting grounded in where we are—literally—on the planet, in the world, and in the geography of place. We need to know the time frame for the story, too. That’s the who, where, and when of the story. These details need to be on the first page, ideally in the first few lines.

From the first sentence, readers are scanning for why the story is being told. If you’re writing memoir, the reader needs to understand not only the why, but where the narrator is in relation to the story—is the narrator telling from the point of view as a child or are we hearing from the “now” narrator who will weave us through time? Or both?

The best way to orient your reader is to start with a scene: a scene is located at a particular time and place—let’s say 1972 in New York City. As soon as we know this information, we begin to orient ourselves as readers into that time and place by bringing in our own frame of reference for that time. Our minds swiftly scan to create order and logic as we read. Images of NYC during the seventies from the news or TV might come to mind: piles of garbage, Mayor Lindsey, the twin towers arising into the landscape, hippies, long hair, big cars, and rebellion. Marches to end the war in Viet Nam, protests about women’s rights and gay rights. A few images or references quickly create context for the story.

More about scene: characters are engaged with each other, and are motivated in some way. You might or might not have dialogue, but one line of dialogue can go a long way to create character and context.

You could say, “the woman was flirtatious and brassy,” or you can have her talk and act. “’Hey buddy, how about it,’” she said as she swiveled her hips in an impossibly red satin dress.” We call this “showing” rather than “telling.”

In memoir we DO need to have telling—which includes reflection, thinking, and reacting—but some writers do way too much telling and stay in the head of the narrator too much. This is a challenge, of course, for memoirists, because we already know where the scene is—it’s alive in our head! We were there, we are not making up the stories we’re writing, but all the same we need to translate that inner movie into words so the rest of the world can join us in that world.

Beginning writers often tease the reader, saying things like “The man came to the door”—not telling us who the man was when it was actually the narrator’s father. Or the writer withholds what the person looks like, the name, or details that identify because they think if we don’t know, we’ll be curious and keep reading. Teasing and vague references have the opposite effect: they make us stop reading. If you are the narrator, you SEE the person at the door, you know what he looks like, and you know it’s your father, for instance. Withholding this information from the reader only makes us mad! Since you see him and know him, deliver that information so we stay engaged with you in the story. Don’t try to trick the reader.

Because your story is living in your head, you know who everyone is—you know that “he” refers to your father, not your uncle or your brother; when you use pronouns as referents, it refers to the person mentioned immediately before. Check to see that your pronouns are correct, and don’t sprinkle too many together. The reader gets lost when there are several pronouns in a string.

Vague references like “We went there like we always did” needs to refer to a place you mentioned in the previous sentence or two. Where is “there?” Be specific. And what do you mean by “like we always did.” If this is at the beginning of your story, the reader won’t know what it means. Who does “we” refer to? Tell us what you mean by “always”—every day, every month, every year?

Memoir writers are time travelers. We zoom around freely in our memories, but on the page, we have to manage the shifting images of memory and time. Most beginning writers need to highly structure their shifts in time. Experienced writers can flow from one time frame to the next, so you may think you’re modeling your writing after them, but writers who have not worked with juggling different time frames can get lost or confuse the reader.

Decide the time frame and the tense of your piece. You might be writing from the now narrator, for instance, in the present, and moving into the past in the past tense. That’s one way to structure your time movements and keep them straight. You can use tenses in a variety of ways, but be sure to keep track of when you are in the past and when you have returned to the present. Note when you are in 1973, for example, and when you speaking from now.

Create what we call a “line break”—a double double spaces which can be peppered with asterisks for clarity, to show that we have shifted from one time frame to another.

Do this when you shift from the present into the past, and do it again when you return to the present. Notice in this article, each time I shift to another major topic, I use two double spaces to indicate a new section.

Keeping these tips in mind will help you get oriented in your book from the beginning, and when you have built a strong foundation, it’s easier to keep going.