Memoir Bashing: An Examination of an Emotionally Complex Social Phenomenon

A guest post by Brooke Warner, publisher at She Writes Press


Brooke and I are colleagues in our Write Your Memoir in Six Months Program and offer telesminars together. We have a new eBook just released: Breaking Ground on Your Memoir–check it out! Brooke’s post here is one of the best articles I’ve read on the controversies that memoir writers have to confront. 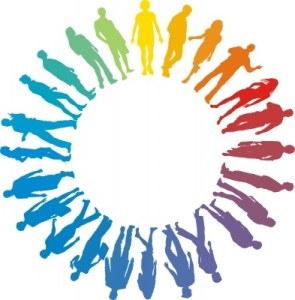 As a writing coach and publisher, I’m not supposed to take sides when it comes to genres. I work on all kinds of books—novels, how-to books, essay collections, anthologies, and even poetry collections; but memoir is my true love, and for me the most rewarding of all genres—to edit, to midwife, and to read.

But memoir has a somewhat spotty reputation. It’s often referred to as the bastard child of book publishing. Editors and agents alike are wary of memoir. There’s a rumor—I hear it all the time—that memoir doesn’t sell. It’s not uncommon to hear agents at conferences shutting down bright-eyed aspiring authors with a simple, “I don’t represent memoir.”

But then you take a look around, and you see memoir everywhere in popular culture. This week’s Golden Globes gave nods to the memoirs Wild and Traveling to Infinity (the memoir upon which The Theory of Everything was based). I found this interesting post featuring the 10 Best Movies Adapted from Memoir, and it could have easily been 100 movies long.

For my part, my education in memoir came during my tenure as Executive Editor at Seal Press. I was blessed to work in an environment that celebrated memoir, even as we vowed every single season to acquire less of it. As a women’s press, even the prescriptive material Seal published was usually story-driven, and in marketing meetings we spent a lot of time thinking about how to categorize something that was essentially a memoir as something else—mostly to offset the perception of how much memoir we were publishing.

Even as the industry tries to keep an arm’s length away from memoir, it’s also publishing memoir like crazy. I participated in multiple bidding wars for memoirs in my final years at Seal, and I felt like I was losing more and more good memoir even as my colleagues at bigger houses were saying they didn’t want it.

Beyond the industry, there seems to be mixed feeling about memoir from readers as well. People are clearly reading it and being touched by it, and yet online it’s trashed relentlessly. This line from a Gawker post about the movie Wild (and how much it sucked), written by a woman, struck me:

I’m not a total hater of movies based on memoirs by women (even though I think a person should exhaust every other possible avenue of creative a/o therapeutic expression before turning to writing down their personal story for public sale).

I immediately wondered why this writer felt the need to qualify that she’s not a total hater of movies based on memoirs by women. Why not just memoirs in general? It got my wheels turning about the perception of memoir as a selfish genre—an exercise in navel-gazing, a self-centered pursuit, etc. I don’t think it’s a far leap to say that the ambivalence surrounding memoir lies in some form of unacknowledged (read: internalized) misogyny. Because even though men write memoirs, it’s not a genre they gravitate to as much as women do. When I’ve seen male memoirists criticized, it’s for accusations of stretching the truth, or outright lying (think Augusten Burroughs, James Frey, Greg Mortenson, and Frank McCourt). Women memoirists, by comparison, tend to be accused of being boring, lame, selfish, tiring, self-centered, slutty, and crazy. No wonder half the writers I work with are so freaking afraid to publish their memoirs!

My own opinion of memoir is the exact opposite of these characterizations. I know memoir-writing to be soul-baring, courageous, and transformative. Any writer who puts their story to the page—who’s willing and strong enough to publicly share their truth—should be championed and celebrated and honored. Instead, they’re often ridiculed and shut down and derided. My take on what’s happening here is psychological in nature, so bear with me. My sense is that everyone wants to be seen. It’s a basic human desire that’s pure and good, but whose shadow side is jealousy. When other people get recognized—and isn’t being published the ultimate form of recognition?—it can trigger in us an envious rage. Why does their story deserve to be told? We pick it apart and connect with our inner hater. We wonder, What makes her think she’s so special? And if you take that thread further, it probably leads to, Why her and not me?

I’m lucky to be surrounded by people who are not haters, but true cheerleaders. I teach memoir writing with Linda Joy Myers, the ultimate champion of memoirists. I blog at She Writes (hello!), an amazing community that supports and honors women. I came of age at a feminist publishing house (I know!) that reminded me every day for eight years of the value of publishing women’s voices. Today I continue my personal mission to support women’s voices through my work at She Writes Press. Yes, I’m so so lucky. But to continue to hold on to this luck, we must call out what’s not okay. And it’s not okay to mindlessly trash other people’s hard efforts. If you don’t like the writing or the story, engage in some thoughtful consideration of why. When I first read Eat, Pray, Love, I didn’t like it. I thought Liz Gilbert was too privileged, too honest, too precious; I thought the book was too contrived, too preconceived. I also thought that her story was a lot like mine (I was fresh out of a divorce) and I thought I knew more about Italy than she did (after all, I lived in Spain for a year and dated a Spaniard for four). She’d struck a nerve, and I was pissed at her for having the gumption to write (beautifully, yes) about something I was still processing in my own life. Nearly eight years later, I read it again, and now, though sane eyes and with distance, I see the gift that Liz brought to her readers—and I love this memoir.

It was eye-opening for me to have this experience because it never would have happened had Eat, Pray, Love been a novel. You don’t get pissed off at a novelist for having your experience, or for articulating it better than you can, or for living their life better than you live your life. You just don’t. And so memoir is complicated. It brings up feelings, and it can bring out the mean girl in all of us. So be aware, and next time you don’t like a memoir, ask yourself why. Is it just a bad book, worthy of your disdain, or does it maybe trigger in you something you’re just not ready to face? And yes, please support women memoirists. We need each other!

Brooke Warner is publisher of She Writes Press, president of Warner Coaching Inc., and author of What’s Your Book? and How to Sell Your Memoir. Brooke’s expertise is in traditional and new publishing, and she is an equal advocate for publishing with a traditional house and self-publishing. She sits on the board of the Independent Book Publishers Association (IBPA) and the National Association of Memoir Writers (NAMW).  Her website was selected by The Write Life as one of the Top 100 Best Websites for Writers in 2014. She lives and works in Berkeley, California.

This article was originally posted on SheWrites.com

Photo by Vlado from FreeDigitalPhotos.net.