The Changing Landscape of Memoir 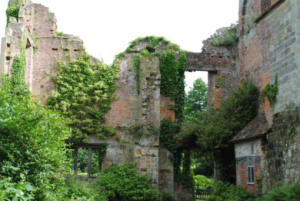 Many of you know that the National Association of Memoir Writers and Write your Memoir in Six Months appeared in the New York Times last week in an article about the value of memoir writing. In the Retirement section on Saturdays in the Times, the columnist offers articles of interest to retirees. This week her focus was about the importance of memoir writing for elders and their families as a way to share family stories, and a way to get people to contemplate the meaning of their lives and their legacy. Brooke Warner and I were so pleased that our student in the Write Your Memoir in Six Months workshop, Bob Finertie, was featured in the article, and Bob himself was found in a daze of pleasure and shock that he was featured and photographed.

Mr. Finertie, of Walnut Creek, Calif., said it “has been a healing journey that has helped me reach so many things in my past. My wife says I have never been happier.”

To come up with a draft, which is now 100 pages, Mr. Finertie enrolled in online courses with the writing coach Brooke Warner. She, along with Linda Joy Myers, a Berkeley, Calif., psychologist, teaches “Write Your Memoirs in Six Months.”

Mr. Finertie said the classes helped him focus on the purpose of his memoir and connected him to other aspiring memoirists for inspiration and feedback. (From the article)

Naturally, we were jazzed to be “discovered” in the Google search, but it wasn’t too long ago that memoir writers suffered at the slings and arrows that appeared in a New York Times article by Neal Genzlinger who degraded the importance of memoir, and suggested that we should shut up since we’re focused on “Me,” on only ourselves and our lives, and not contributing to any meaningful literature.

During that same era, various agents and publishers predicted that memoir writing was “dead,” and that people simply needed to forget about it as a valid genre. Though some agents and publishers still hold this view, it’s a less powerful position now since the publishing world has changed so much. Writers have more power to share their stories with the world without encountering as many gatekeepers and barriers to publication. It’s important that publishing be taken seriously however, with writers doing their best to find out the appropriate professional presentation for their book. I can’t emphasize enough how important it is to hire a tough editor and professional book designers so you can be proud of your book when it comes out, so it matches in professionalism the best of the books presented in the marketplace.

We are celebrating here at the National Association of Memoir Writers that memoir writers have been elevated as valid and acceptable in those pages three years after the Genzlinger article. Too often memoirists have been relegated to the bottom of the heap because we use “I” too often, or because we are digging around in the rich earth of our psyches uncovering the treasures of new insights and memories that offer a new lens through which to look at our lives. Most of you know that I have been a therapist for many years, and to me, the rewards for such digging are invaluable. Through writing our stories, we learn about ourselves in ways we never would have without writing and exploring the past this way. By applying the skills of craft to our memories and insights by creating believable characters, scenes, and a universal understanding or takeaway of the themes of our lives, we transform not only ourselves but potentially our readers—whether they are our family and friends, or new friends in the reading public.