Develop the Mystery in Your Memoir | Free Roundtable Discussion 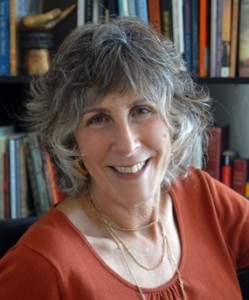 Mani Feniger thought her relationship with her mother was over when she buried her mother’s ashes. But two years later, the discovery of a startling photograph of her mother taken just months before rise of the Nazi regime in Germany, sent Mani on a twenty-year search across continents and lifetimes, uncovering clues about her family’s past that eventually revealed the life of a woman very different from the mother she thought she knew.

Mani’s award-winning memoir, The Woman in the Photograph, reads like a mystery. She didn’t know what she would find when she started, and she had to take into account every shred of evidence to weave together the surprising story that lurked in the silences and unfinished sentences of her relationship with her mother.

Even if you already have the basic facts of the story you want to write, being open to the unknown–the unexpected clues and conversations, the realizations that emerge as you write–will bring suspense and anticipation to your memoir.

In our September 11 Roundtable, we will talk about developing the mystery of your memoir, and explore the steps you can take to open up the narrative and pique your readers’ curiosity.

1. How to uncover the hidden layers of your story

4. Building suspense with rhythm, pacing and knowing when to hold back

Listen to the recording

Download Mp3
About the Author: Mani Feniger is a therapist, speaker, documentary film consultant and author of Journey from Anxiety to Freedom and The Woman in the Photograph–voted Best Memoir 2013 by the Bay Area Independent Publishers Association. Last year the city of Leipzig, Germany invited Mani to speak about her book in her mother’s birthplace.