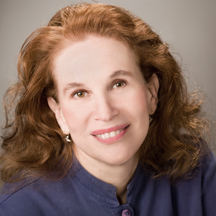 We want to welcome Sue William Silverman to another stop on the WOW–Women on Writing Blog Tour. This time, she has graciously written answers to questions by me, Linda Joy Myers, president of the National Association of Memoir Writers.

LJM: Sue, you have written two memoirs that had serious themes: sexual abuse and love addiction. What a surprise to see the humor and playfulness in this book! Can you talk about the different voices for each book, and a bit about how you thought about your voice, the process of finding voice—a challenging question for most memoir writers.

Thank you for noticing the humor! Well, I think if an atheist, Jewish, Democrat (me) has a life-long crush on a conservative Christian member of the Tea Party (Pat Boone), that’s just asking to be written ironically and with a sense of humor, albeit, in places, black humor. Pat Boone and me: It’s such an unlikely pairing. So even though my feelings for him are heartfelt, there’s still a surreal element to the relationship and, in particular, to the three separate encounters I had with him.

Generally speaking, each book we write needs to “find” its own voice. It’s not really a matter of an author finding her/his voice; it’s more a matter of finding the right voice for any given piece – at least that’s true for me.

In this way, each of my memoirs “sounds” different. In the first, Because I Remember Terror, Father, I Remember You, I employ the scared, confused voice of a girl living with a dangerous father. The narrator in Love Sick: One Woman’s Journey through Sexual Addiction sounds like a dark, edgy addict. Then, in The Pat Boone Fan Club: My Life as a White Anglo-Saxon Jew, I rely on irony and humor. Actually, it’s even a bit more complicated: this new book is a series of linked essays, so I’m free to explore an even wider variety of voices. Sometimes I use a second-person point of view. Another essay is crafted like a screenplay, and so on.

In my experience, there’s no easy way to find or “hear” a voice for any given piece. It’s a matter of revising and revising until, finally, the right voice presents itself. In short, I just keep writing until an authentic sound and tone are revealed.

LJM: What was the process of finding the “angle” for your new memoir—with the theme of having a crush on Pat Boone when you were young—and later too! How would you define that “angle of view” in this book? How did you come up with it?

The fact that this book even exists is quite serendipitous. Here’s how it all started back in 2003: While glancing through a local newspaper (one I’d never read before), I happened to see that Pat Boone would be performing at the Calvary Reformed Church as part of Tulip Time Festival in Holland, Michigan, near where I live.

1)      I happened to be scouting about for a new writing project.

2)      I always believed writers should write their obsessions.

Of course I attended the concert. I also barged backstage afterward to tell Pat Boone what he’d meant to me growing up: how he’d represented hope, safety, purity – an antidote for my scary father.

Subsequently, I wrote an essay about this encounter and published it in a magazine. At that time, though, I did not envision a book whatsoever. 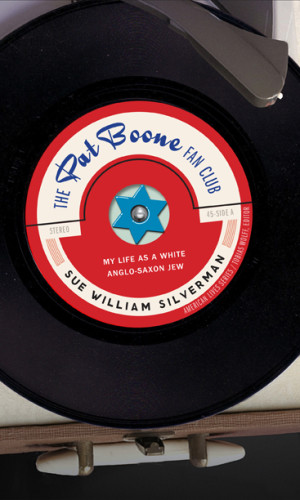 Instead, I continued to write other stand-alone essays. I explored a wide variety of obsessions: a homeless tramp in the West Indies where I once lived; a high school boyfriend who resembled Pat Boone. I wrote about a trip to Yugoslavia with (as it turns out) an anti-Semitic boyfriend. I wrote about picking apricots in Israel where I became enamored with a paratrooper and his cute red paratrooper’s cap, and so on.

Then, when I was about three years into this essay-writing business, I realized that all the pieces revolved around a search for identity. Generally speaking, I grew up in a 1960s WASPy culture, and I wanted to escape my Russian Jewish heritage. I wanted to look like one of Pat Boone’s daughters. I wanted to fit in.

A-ha, I thought, maybe the essays could be formed into a book!

To ensure that all the elements cohered more emphatically around this theme of identity and belonging, I had to revise some sections. I also wrote brand new chapters in order for the parts to form a whole.

In short, the angle for this book only presented itself because of that fortuitous encounter with Pat Boone. Otherwise, this book wouldn’t exist! So I went with what real life gave me. And, in this instance, it gave me Pat Boone!

LJM: Clearly you have a great sense of humor and irony—and because of the serious nature of your first books, it did not come forward. Were you in different “moods” for each book, for instance? Did the general mood of the topic of your memoir affect how you wrote your books, the state of mind you were in, for instance?

Yes, I think I was in a different frame of mind while writing each book. I was about mid-therapy when I began Because I Remember Terror, Father, I Remember You – my first memoir. And I began writing it, literally, about two weeks after my parents died (within six days of each other). So the darkness and intensity of this book certainly reflect my own emotional state at that time.

I began the second memoir, Love Sick: One Woman’s Journey through Sexual Addiction, relatively soon after I stopped acting out this addiction. So the experience, of course, was emotionally close to me. I was still, at times, struggling between choosing a life of safety over a life of danger. This conflict, I think, is evident in the voice of the narrator.

After these two books, I left much of this darkness behind. So, I probably was in a more ironic, lighter state of mind. And then, as I say, the material lent itself to ways I could be more playful with the language and the voice.

At the same time, I doubt if I could have even envisioned this new book if I hadn’t written the other two first.

LJM Did you have an outline for this book—or did you write sketches and follow an organic exploration of the topic?

I’ve never used an outline. I can’t even imagine how I would be able to come up with one. I barely know what I think until I write it. Writing, for me, is like following a whisper to see where I am led. It’s really how one word leads to another word. How one image suggests the next image…and how each word, each image then reveals a metaphor…as I go deeper and deeper into the heart of an essay or book.

This book is a great example of how imagination and creativity offered hope to a young girl who was suffering. Can you speak about that—for instance, how psychologically it helped you to have this crush on Pat Boone given that your father was abusing you, and had abused you for years. (Sue: Say whatever is comfortable for you about this—I’m kind of wearing my therapy hat here. I feel that creativity and imagination are a great help to people suffering, and would like to know your take on this.)

I’m a firm believer that imagination and creativity are lifesavers. It offers one the ability to see other options or ways of living. For example, growing up, if I lacked imagination, I would only have seen the world as a dark, scary place.

But because (and who knows why) I was a creative kid, I was able to envision other lives. In the instance of Pat Boone, for example, the fact that I could imagine him as my father certainly helped me survive my own real father – never mind that this desire was pure fantasy!

And then, yes, when all is said and done, I found writing. And once I found writing, I was able to access the creativity in more positive ways. In short, I found authentic and creative ways to evolve into me.

Sue William Silverman’s new memoir is The Pat Boone Fan Club: My Life as a White Anglo-Saxon Jew. Her two other memoirs are Love Sick: One Woman’s Journey through Sexual Addiction, which is also a Lifetime TV movie, and Because I Remember Terror, Father, I Remember You, which won the Association of Writers and Writing Programs award in creative nonfiction. Her craft book is Fearless Confessions: A Writer’s Guide to Memoir.  As a professional speaker, Sue has appeared on The View, Anderson Cooper 360, and more.  She teaches in the MFA in Writing Program at Vermont College of Fine Arts.