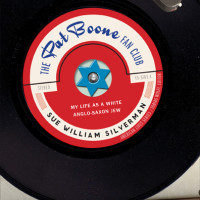 Here at the National Association of Memoir Writers in partnership with WOW, Women on Writing, we are so pleased to celebrate the release of Sue William Silverman’s third memoir The Pat Boone Fan Club–My Life as a White Anglo-Saxon Jew. I find it fascinating that the same person who wrote Because I Remember Terror, Father, I Remember You and Love Sick has written such a delightful and humorous memoir.

I’ve been a fan of Sue William Silverman’s memoirs since “before” read her first book. I’d heard of her award winning memoir Because I Remember Terror, Father—a punch in the stomach title—and frankly, it scared me a little. I’d read Sue’s website and was eager to have her speak about writing her truth with us at NAMW. By now, Sue has been a guest several times, and is featured in our upcoming FREE Memoir Telesummit here on May 9.

During our first phone conversation, I told her my cautions about reading her memoir. FYI–I’m a therapist who works with abuse victims, depression, and other hidden aspects of the human condition, so sometimes I can’t bear to hear another dark story. Sue laughed and told me that others had the same reservations ,but she shared her writing and healing process—a subject that I consider one of the most important topics in the world, I knew I HAD to read her memoir immediately. If she could have the courage to write about a childhood of being molested by her father, I could find the chutzpah to read it. Her book took me on a journey of beauty, haunting insights and compassion, and illuminated my world rather than darkening by her story—which is what I think we all hope our books will offer readers.

Her second memoir Lovesick goes on to tell the story of Sue as an adult, a young woman who’s living the results of what happened to her in childhood—caught in the web of sex and love addiction. This memoir is in the voice of the addict, in her desperate search for comfort that becomes destructive. Again, I found myself immersed completely in her story, eager to find out how, and if, she extricates herself from these traps. The voice is that of a fragile woman in conflict with herself who comes to learn that her behavior has a name—addiction—and that there’s treatment for it. We weave in and out of the search for love in a bittersweet story.

After such serious books, The Pat Boone Fan Club:My Life as a White Anglo-Saxon Jew  surprised me with its humor, irony, and range of voices. The title is a clue to the tone of playfulness and the different shifting lenses through which we’ll view her life. What was interesting to me was how she offered yet another angle, tone, and language about some of the previous events in her life—especially the abuse by her father and its effect on her. We come to understand that when she was young, Pat Boone, a pop song hero to her generation, represented the polished, smiling, “good” father figure, someone she could look up to and admire. He was safe, he had daughters too, and he was the ideal WASP father who could offer, in fantasy at least, the kind of life she was yearning for. Through him, she could, in her mind at least, turn her back on her Jewish father and background. People who are abused find solace in fantasy.

Other themes include yearning for the acceptance of the WASP society around her, despite being Jewish, and her need to find a way to feel safe—which she was able to do through her well-developed fantasy life focused on Pat Boone. The essays of how she met Pat Boone—twice, when she was young and then again when she’s had time to understand how she had drawn upon his WASP qualities to create an illusion of safety. Learn about the survival tactic of weaving fantasy and reality, and the power of imagination to help heal our wounds.

The essays take us to Israel where she searches for identity, missing out on the protests of the Viet Nam war and the excitement at home. In the poetic “The Summer of War and Apricots,” Israel shimmers with heat, color, and new love. Her descriptions carry the power of dream as we are immersed in the sensuality of the moment, a skill she draws upon in all the essays. One of the playful aspects of the book is how she combines word play with poetry. In “Prepositioning John Travolta,” she plays with prepositions, and “Swimming Like a Gefilte Fish,” she develops word play on images that becomes theme throughout the book. In “My Sorted Past” Sue writes about the interplay between the “real” life she lived upon which Lovesick was based, as she is on the set with an actress who plays her role—a tilting balance of reality, imagination, and creativity.

In all the essays, Sue seems to delight in the carnival of wavy mirrors in the funhouse to turn “reality” upside down and backwards as she experiments with language, explores “what is real and what is truth,” and shows the fragmentation of self that abuse can cause. Here she no longer needs to create a realistic narrative, but finds her strength in embracing fractured views of her life, holding her own center now, showing her strength as a creative writer who is not afraid of her own past and her story.

Read more about Sue and her work on her website.

Please comment about your views of Sue’s books in the comment section of the blog! Which essay was your favorite? If you have read her other books, how do you hear the three voices?