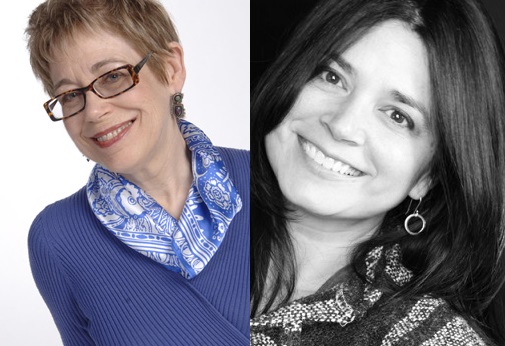 LJM: Joy—you so skillfully and poetically dig deep into the ethics, shame, and struggles of writing about family in your essays in Island of Bones, and in your introduction to Family Trouble—Memoirist on the Hazards and Rewards of Revealing Family. Your speeches at the AWP conference rocked my world. They were so inspiring to those of us who struggle with voice, with permission, and with finding our stride with our material. I’m so pleased you will be our guest at the NAMW member teleconference in April!

JC:  Thank you so much, Linda Joy!  It was great to meet you at AWP, and I’m looking forward to the teleconference on Friday.

LJM: In reading over again your books, I found some themes I hope you can address for us as we prepare for the teleseminar.

One of my favorite essays is “An Angle of Vision” in your collection Island of Bones. Here you talk about class, suffering, being an outsider, and how you had to find a way to confront what you felt were the ugly and shameful parts of your past to write your memoir.

“To write my book, I had to reinhabit, without shame, that place of shame, of trauma, of anguish and silence. I had to give it a voice.

“To put my art into the world as memoir, I had to be willing to stand as the living visible representative of the text, the body at the front of the room.

LJM: Wow—you articulate what we all have to do if we are drawn to this work. How did you allow, invite, force—yourself to confront the many painful memories you write about. Did you feel this struggle in your body? Tell us whatever you can about how you wrestled with this kind of writing

JC:  Thank you,, and I have to thank Lorraine López, too, who initially invited that essay for the book that became An Angle of Vision:  Women Writers on Their Poor and Working-Class Roots d be reading and editing it helped me to say the hard things.

Writing has always been a very physical process for me.  Like many people, I tend to physicalize stress and trauma, and so writing memoir—imaginatively re-experiencing difficult events—has often resulted in physical and psychological symptoms:  stomach pain, headaches, nightmares, and cathartic crying jags.  And also, at times, a kind of ecstasy.  Don’t let anyone tell you it’s not hard, hard work.  But worth it.  Always worth it.

It helps to have privacy, a safe space, because sometimes you fear you’ll look crazy to others.  You don’t want to scare your friends or family.  When I wrote my first memoir The Truth Book, I was fortunate to have a small studio to myself at Norcroft, a (now sadly defunct) writers’ retreat on the northern shore of Lake Superior, for three weeks.  I cried, raged, threw the thesaurus at the wall.  But then I had my manuscript, and I could go back to real life and don my professorial persona.

It also helps to have at least one person who truly sees and accepts you, who loves you unconditionally.  Truly unconditionally.  That’s rarer than we like to think, and it’s one of the most healing gifts we can be given.  I didn’t have that growing up, but in adulthood, I’ve been very lucky.

Readers have sometimes called me brave, but it’s important to emphasize that I have never felt brave.  I have felt afraid, always afraid.  Terrified, sometimes.  But more powerful than the fear was the compulsion to make art, to make a shape out of the chaos.  I wrote through the fear, with the fear.  Anger at being stuck in my damn self was often the fuel.  Use what you’ve got.

LJM: In one essay you write about a transitional  moment between identities—mother, focused on son and family, and building your career as a thinker, writer profession and role model as you coalesced these identities. Can you talk more about transitional and border crossing moments—and how you have encountered them in your writing. How does writing help to clarify the complexities of sorting through identity conflicts?

JC:  For me, articulating what has been inchoate always leads to greater clarity.  Nailing things down in words.  Making them visible to others, instead of just a storm that roils inside.  Spending the time necessary to untangle the nuances and phrase things precisely.

Language makes pain sharable, makes joy sharable.  Moreover, the creative-writing mandate to show rather than tell forces us to select the images, the scenes, the utterances from our experience that will make others feel the emotions.  This crafting of experience is a challenge and an art, and results in something so much more powerful than we could ever achieve with a mere pedestrian recap.

One of the writers who’s had the biggest influence on my thinking is Gloria Anzaldúa, and if you know her work, then you know that’s she’s all about border-crossing:  its acute painfulness, its lostness, its rich and intimate rewards.

LJM: In the introduction to Family Trouble you say that all the authors in the book have written about family members, and all have dealt with the consequences. Please tell us what you think some of these consequences are in students, colleagues and other writers’ lives.

JC:  When we write, we say what we’ve seen, what we’ve honestly felt.  It’s very naked.  To us, it feels vulnerable.  An exposure.

Yet to others, to those we’ve described in print, it feels like a kind of power:  we’ve inscribed our vision in a public, semi-permanent way, whereas their own visions (unless they, too, are writers, artists, or other public figures with a platform) remain publicly invisible.  Our version, the written version, becomes the statement of record.

When what’s on the page about them doesn’t match up with their own self-image or version of events, it can be very painful, even threatening.  They can react strongly.  Because of this, writers have to contend with all kinds of responses:  angry phone calls, hostile tête-à-têtes, lengthy separations.  One of the contributors to Family Trouble was cut off by her birthmother for years because of something she’d written.  The fallout from publishing memoir about family can be serious and painful.

Yet I don’t want the possibility of fallout to inhibit writers from tackling family material.  Those stories are too valuable, too important.  We need them.  Editing Family Trouble was my attempt to acquaint writers of memoir with a broad range of responses memoirists have received and offer a variety of strategies (some preemptive, some after-the-fact) for making the process of publishing about family members as fruitful and painless—for everyone concerned—as possible.  Each of the twenty-five authors who contributed an essay had a different story to tell and different tactics to share.  They’re all experienced memoirists; many have won major awards; many are university professors who work with students on these issues.  I hope the book will help a lot of writers who wrestle with trepidation about writing family stories.

LJM: In your memoir The Truth Book you weave from present to past, you weave from your present self to your past, younger and lost self. It was a fluid experience for me the reader to encounter past and present that way. Can you talk about how it was to create that weaving, did you outline it or was it organic? How did you keep the different time frames straight? For many of us, that would be nearly impossible!

JC:  I’m so glad you mentioned that aspect of The Truth Book, and that its movements in time were clear for you.  A little backstory:  The manuscript was rejected by one major New York publisher because of that very element; the editor claimed that the chronological play would confuse “little old ladies in Iowa with their glasses on upside down,” and offered to reconsider it if I’d reorder everything in a linear structure.  I declined.  My own thought was that little old ladies in Iowa were a damn sight smarter than he knew.  Earlier in my writing process, I’d workshopped part of the manuscript with a very well known nonfiction writer.  He hated it, and he gave the same suggestion:  to reorder it in a strictly linear fashion.  His comment:  “People don’t read Virginia Woolf anymore.”  I’d beg to differ.  I stuck to my guns.

A more adventurous publisher, the independent New York house Arcade Press, eventually took the book.  Casey Ebro was my editor there, and I’ll always be grateful to her for taking a chance on my debut.  After the 2008 financial crisis, unfortunately, Arcade was one of the publishing houses that went under.  In 2012, the University of Nebraska Press brought out a new, paperback version of the book with a foreword by Dorothy Allison, and I’m grateful that it’s still in print.

The structure of The Truth Book emerged organically as I drafted.  It was very natural, very unforced.  My favorite memoirs are those that not only tell an interesting story but also capture a mind in motion, so that’s the way I let The Truth Book unfold.  I like leaps, risks.  I trusted the sophistication of the reader.  The text records the way my own mind works:  by association, by linked images, by reverie, moving freely back and forth across time.  A traumatic past, unfortunately, often intrudes into one’s present, and that was the case for me.  How the damage of the past continued to live and breathe in my adult life is one of the themes of the narrative, and the form of The Truth Book tells that story as much as the content does.

A memoir I’m reading right now that does a beautiful job with this is Megan Hustad’s More Than Conquerors (Farrar, Straus and Giroux, 2014).  Hustad shifts fluidly among time periods, and there’s never a moment’s confusion.  The writing is gorgeous, too.  I’ve only finished the first chapter, but I’m hooked.