Just Released from She Writes Press! Women’s Memoir Essays about the ’60s and ’70s

Today at NAMW we are celebrating the release of the anthology Times They Were A’Changing—Women Remember the ’60s and ’70s. 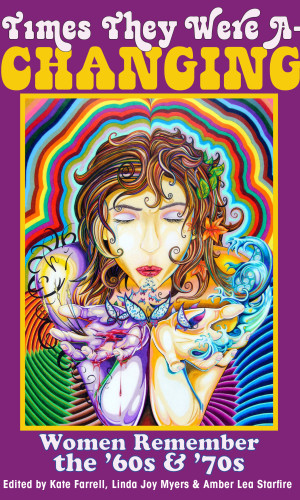 The editors of this powerful anthology about the ’60s and ’70s invite you to join our celebration! Lift a glass of virtual—or real—champagne and join in our discussion with guest authors and the editors of the anthology Kate Farrell, Linda Joy Myers, and Amber Lea Starfire.

The women in these powerful stories rode the sexual revolution with new found freedom, struggled for identity in divorce courts and boardrooms, and marched in the streets. They trampled the taboos, and felt the pain and joy of the amazing breakthrough era of the ’60s and ’70s. Where were you then? What do you remember?

From Sheila Bender, author of the inspiring Foreword to the book.

“During the ’60s and ’70s, in every part of our country, women were waking up to their power, intelligence, right to succeed in life and opportunities to contribute their gifts without inhibition.  The road ahead was not a smooth one. It was fraught with conflict between offspring and their parents, between students and teachers, and between those questioning the status quo and traditionally civic-minded people. Many women felt conflict between who they were raised and trained to believe they would be and who they wanted to become.”

Our guests today include:

Sara’s love for words began when, as a young girl, her mother read the dictionary to her every night. A teacher’s unexpected whisper, “You’ve got writing talent,” ignited her writing desire.

Rhonda is a voracious reader of memoir, literature, self-improvement, and fiction. She began writing creative nonfiction to share the legacy of her life through lessons learned

Judith Barrington was born in Brighton, England in 1944, and moved to the United States in 1976. Although she has made her home in Oregon since then, she gives readings and workshops each year in Europe.

Jill Taft-Kaufman went to Mills College then to Berkeley to complete her Bachelors, Masters, and Ph.D. She’s a professor at Central Michigan University where she still feels passionate about her teaching.

Carol Derfner’s writing career began with poetry in the ’70s. Currently she is producing short fiction and personal essays, as well a long-form memoir related to her life in Alaska in the 1960s and 1970s.

Watch the video interview of Linda Joy’s inspiration to create the anthology about the 60’s and 70s. Interview with Matilda Butler of Women’s Memoirs. 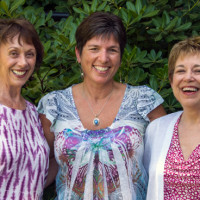 Amber Lea Starfire is the author of Week by Week: A Year’s Worth of Journaling Prompts & Meditations (2012) and Not the Mother I Remember, due for release in the fall of 2013.

Linda Joy Myers is president of National Association of Memoir Writers, and the author of Don’t Call Me Mother, The Power of Memoir, and Journey of Memoir. Becoming Whole—Writing Your Healing Story was a finalist in ForeWord Magazine’s Book of the Year Award. She co-teaches the program Write Your Memoir in Six Months.

What people are saying about the book:

This marvelous anthology shows the vital role outrider women played in changing our world—often overlooked, they were the heart of the ‘60s revolution.

–Brenda Knight, author of Women of the Beat Generation: The Writers, Artists and Muses at the Heart of a Revolution

We lived in the Haight Ashbury and Bourbon Street and the high plains of Oklahoma. We wore hip-huggers, tie-dyes, military uniforms, and fringed ponchos embroidered with peace signs. We danced and marched and organized and loved and broke all the rules. We were changing, and we changed the world. I love this book because it is written by women who were on the scene—and such a scene it was! If you were there, it will remind you of those remarkable years. If you weren’t, you’ll be amazed and delighted and proud of the brave women who have written these stories and poems. Thank you, lovely women, for telling us about it!

Times They Were A-Changing is the book long missing from the packed second wave feminism shelf. Finally, the women you never heard from are speaking in their own powerful voices about how each in her own way and in places you might never imagine pushed America toward greater equality and justice. If you are a woman over a certain age, you will find yourself in this book’s stories. If you are a woman of any other age, you will find your own story informed and enriched by these beautifully written, honest, and evocative essays.

–Gloria Feldt, Co-Founder and President of Take the Lead, Author, No Excuses: 9 Ways Women Can Change How We Think About Power, former President, Planned Parenthood Federation of America

Times They Were A’Changing anthology challenges us to see past the clichés of the ’60s and ’70s to see the unique experiences of young people who were rebelling against their parents’ teachings to reinvent not just themselves—but the whole world. The pieces in this anthology open a window into a fascinating, important time, seen through the eyes of those who lived it.  This collection lets us look back and see the era with wisdom, humor, power, and grace.

–Jerry Waxler, Author of The Memoir Revolution and the blog Memory Writers Network. 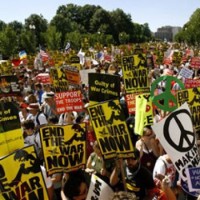