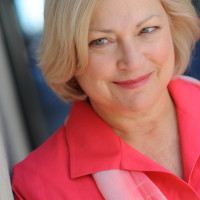 We are so pleased to welcome Judy Mandel to the National Association of Memoir Writers! Judy’s blog tour with Women on Writing has brought her to us today. We welcome her discussion on writing about her life–before she was born! Many memoir writers want to know more about this, and we will have another chance to talk about it when Judy joins us for our Free Roundtable discussion here on May 9. Please sign up to join us and to receive your free audio. But if you are on the call, you can talk with Judy about how she wrote her amazing memoir about a time before she was born, entering the hearts and souls of her family members.

Please comment below about her book, writing a memoir, researching the past, and techniques for writing from the point of view of family members.

Judy Mandel is the replacement child for her sister who was killed in a tragic accident. It would be years before she would understand how the event, that happened before she was born, shaped her life.

A plane crashes into a family’s home. A two-year-old girl is critically burned and a mother is forced to make an impossible choice. The death of a child leaves a hole in the family that threatens to tear it apart.

In a great act of hope, the parents give birth to a “replacement child,” born to heal wounds and provide a “salve for the burns.” The child unwittingly plays her role throughout childhood, riding the deep and hidden currents of the family tragedy.

In this powerful story of love and lies, hope and forgiveness, Judy Mandel discovers the truth that changes her life forever and forces her to confront the complex layers of her relationships with her father, mother, and sister. When she has her own child, her epiphany comes full circle. 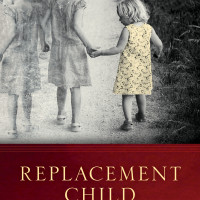 How long have you been thinking of writing this memoir, and what helped you get it done? How did you start?

This book had been on my mind for many years. Probably since I began writing as an undergrad in college and my parents entrusted me with their notes about the plane crash, and aftermath, that is the focus of the book. When my parents died within seven months of each other, I felt that it was time to write the story that they had always said they wanted me to write. And, that immediate understanding of my own mortality, with their death, certainly spurred me on to get it done. It occurred to me that I had better get started if I was ever going to do it!

I started with the stories I remembered, writing them as scenes. Along with that was a great deal of research into the actual plane crash, and also into the psychological aspects of grief and recovery.

You have a lot of scenes where you weren’t born yet –tell us how you got into the POV of your characters.

These characters are people I knew inside and out. It may sound trite to say I heard their voices in my head as I wrote, but I did. I could call up my mother’s tone, my father’s quips. They had a unique style of communicating. I remember distinctly sitting at the dinner table when they didn’t want my sister and me to understand a conversation, and my father would speak in Yiddish and my mother in Hungarian—and they would understand each other! I wrote a scene like that in the book—and it actually made me laugh as I wrote it. I also still had my sister Linda to confer with during the writing, for a touchstone of reality.

When I wrote scenes about my mother, and got out of the way of what was happening in the scene, it opened me up to understanding her depression. That was something I had not considered. And that helped me understand why having another child was so important for her. Likewise, writing about what my father went through after the accident, I gained an understanding of him that I never had. Their points of view emerged as I wrote about what happened. I really do believe if we write almost objectively about what took place, that the inner characters emerge.

Did you worry about writing fiction, not memoir, as you were writing this book, and how did you resolve that?

I did worry about that at first, and some people may take exception to my creating scenes I didn’t witness. But, when I look at the truth of those scenes, and the understanding I gained from my family’s letters and notes, and from news reports and other sources, I believe I portrayed the truth. The question has also never come up from anyone but myself. And, now you!

Continuing with that issue. You had to recreate scenes from your research and your family story, and yet this is memoir. What is the line between fiction and truth in memoir writing?

We hear a lot of discussion on that point. I believe if you portray your truth in your memoir that it makes little difference if we remember the exact words that were spoken, or the type of flowers that sat on the table. So, if I am writing a scene with my father that makes a difference in the story, to my character, it matters mostly that I relate the effect that scene had on my truth of the story. It helps, of course, if we include as many details as we can for setting and description of people. I think the line is when writers make of facts to support their theory, or wish, of what happened, as opposed to the reality of an event.

The research came from where? Newspapers and where else?

I also had letters and notes from my family. I also interviewed a firefighter who remembered the crash and a retired reporter from the New York Times who covered the story. I also went to the scene where the accident happened, and the local library in that town.

But, I used the web quite a bit too. That’s how I found the FAA reports, which were very useful in tracking the actual event of the plane crash and the investigation. It’s also how I found a testimony from the daughter of the pilot of the plane who explained more details about her father and their family, and how her mother lost the child she was carrying when she saw the plane go down. They lived on the next block over from my parents.

My reading about grief and recovery was extensive as well. I used the web to target some of the books that would help me, and then ordered the books and combed through them looking for clues.  So I read Freud and Jung, but also memoirs of bereaved parents. The replacement child information came from web research into Holocaust survivors, since I knew that this was a tragedy in which certainly many families grieved for their lost children.

How did you define the truth?

Finding my own truth of my family and our story came from the facts of what happened and the feelings and emotions wrapped up in the relationships and events of our lives. When I reconstructed the scene of my father arriving at his home to find it in flames and his family gone, and knowing the facts about that scene and that day from both news reports and his letters, I understood his truth enough to portray it. When I thought about my mother first trying to nurse her new baby, who looked so much like her first, and knowing her and having insight from my readings about grief, I knew the truth of what she went through.

But, it’s not only memoir and biography that mines the truth. It is also told eloquently through fiction, so I don’t want to discount that. If you’ve read William Styron’s Sophie’s Choice, for just one example, you know that the layers of truth in his fictional masterpiece are deep. Good fiction unveils truth just as much, and sometimes more, than memoir and biography.  I love this quote from Oscar Wilde that speaks to this:

“Man is least himself when he talks in his own person. Give him a mask and he will tell you the truth.”

My mask as I wrote Replacement Child was to consider myself as a character in the story in order to distance myself. That’s one piece of advice that I can pass along, especially to memoir writers writing about painful material.

Picasso said, “Art is a lie that helps you tell the truth.”

Judy L. Mandel made her living as a marketing professional for over 20 years before writing her first book, Replacement Child. She grew up in New Jersey, but when she went to college in Connecticut, she knew she had found her home.

Her writing life began as a newspaper reporter. She later worked in public relations and advertising and somehow found herself in corporate communications at various insurance companies. Her memoir grew out of early essays and the promise she made to her family to tell their story.