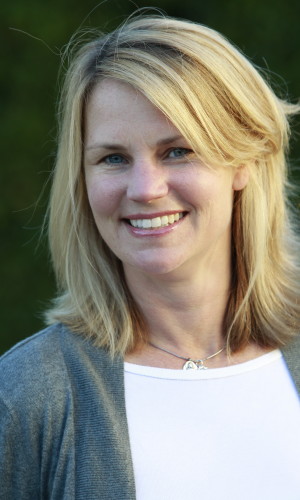 In this blog post, we’re pleased to have Jennifer Richardson share with us what was it like to capture the character of two places, London and the Cotswolds, in her new book, Americashire: A Field Guide to a Marriage.  Here Jennifer shares what it was like to write about both places almost as if they were their own characters.

The blurb for my new travel memoir, Americashire: A Field Guide to a Marriage, talks about life in a Cotswold village “populated straight out of English central casting by fumbling aristocrats, gentlemen farmers, and a village idiot.” There is, however, another equally important character not mentioned here: the landscape itself.

It took me a while to think of the landscape that way. For a long time my first vivid description of the Cotswolds – which paints the glories of spring – languished in chapter five. But moving this passage to open the book grounded the story in a sense of place and laid the foundation for using the Cotswolds as a metaphor for a simpler life, a key component of the idyll narrative.

In composing these passages it helped that, as a newcomer to the Cotswolds, I had “beginner’s mind.” I couldn’t help but notice the flora and fauna that my south Florida-raised brain didn’t recognize. Instead of royal palms, mangroves, and sea grapes, there were now cow parsley, bluebells, and rapeseed—things I didn’t even have names for. Further differentiating itself from south Florida, where the seasons are hot and hotter, the landscape of the Cotswolds is constantly changing as one season folds into the next:

In July and August, the acid yellow of rapeseed gave way to chunky, sage-green foliage, threaded through with papery poppies in a lurid shade of coral usually favored by little old ladies for lipstick. Green seas of wheat faded into bleached wisps standing on end like a blond shot through with static electricity. Only plumes of cow parsley persisted, party favors of spring.

In the first year of my “relationship” with the Cotswolds, the fact that I only visited at weekends made it easier to notice these changes: one weekend the hedgerows were green, the next brilliant white with May blossom, seemingly out of nowhere. It was like being a grandparent who only sees their grandchild occasionally and, therefore, is in a constant state of surprise about how much he or she has grown and changed. I documented those changes in words with the same fervor a grandparent might snap photos of a grandchild. 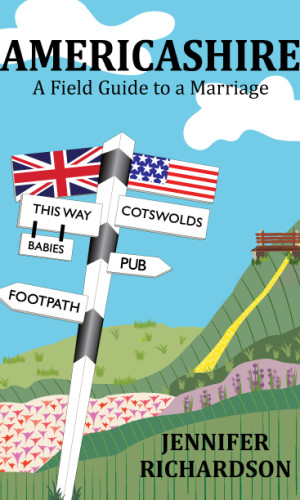 The Cotswolds was clearly going to be the hero of the book, so, naturally, Americashire needed a villain. That’s where London came in, an obvious foil to both the rural landscape and the idea of country life as an exercise in slow-paced, simple gentility. Here’s how I described our first home in London:

Our first flat was on a Bayswater side street filled with tall white stucco-fronted terraces that had once been grand single-family homes. They had long since been divided and subdivided again into a rabbit warren of hundreds of studio and one-bedroom flats…Despite its size and thanks to its Kensington Gardens–adjacent address, it cost more in rent each month than the mortgage payment on the Los Angeles home we had just left behind. As if that wasn’t enough, the pipes knocked all night and a chorus of lunatics routinely serenaded us, their howls ricocheting off the urban canyon formed by the back-to-back mansion blocks.

Part of the realization that occurs over the course of the book is that that changing your location doesn’t necessarily change you—as the saying goes, “wherever you go, there you are.” In my case, this meant that “my ambivalence toward motherhood had not shifted, despite large quantities of fresh air.” But treating London and the Cotswolds as characters in the narrative was one way to play with the enduringly appealing idea that uprooting yourself for a life in the country is a sure route to bucolic bliss.

JENNIFER RICHARDSON is an American Anglophile who spent three years living in a Cotswold village populated straight out of English central casting by fumbling aristocrats, gentlemen farmers, and a village idiot. Her first book, Americashire: A Field Guide to a Marriage, chronicles that experience as well as her decision making process over whether or not to have kids. She currently lives in Santa Monica, California along with her husband—not the village idiot—and her royal wedding tea towel collection.

Americashire is out now from She Writes Press, and you can find Jennifer online at: