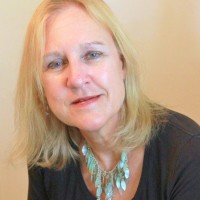 In this blog post, we’re pleased to have Susan Weidener share with us her process of writing a sequel to her first memoir in our Roundtable discussion on April 11. In the moving story that she shares with us below, we learn how writing her sequel helped her to see her mother through new lenses and with more compassion. Even when we think we are complete with a piece or even a whole book, we find out there is much more to say–and to learn. Join us for the Roundtable discussion at NAMW! Sign up here!

Writing About My Mother for Morning at Wellington Square

When I first began writing about my mother for my memoir, Morning at Wellington Square, I had no idea what would occur.  How could I have known that as I mined her story, I would unearth my own, as well?

My feelings about my mother felt confusing and contradictory.  I both loved and derided her.  Although I knew she had a good heart, I viewed her as a petulant and selfish child. She enjoyed – no, she demanded – being the center of attention and bringing others into her orb of misery.

Gertrude was born in 1916 into a generation of women often silenced by the culture and social mores of the time. Her father, a humorless autocrat of German descent, never encouraged her to attend college. Early on he decided she would get married, have children and become a housewife.  So, predictably, Mother entered into marriage at the age of 23.  She became a mother and a housewife.  She stayed married to my father for 55 years, until he died at the age of 80.

During my adolescence and into my college years, I had a contentious relationship with my mother. We rarely agreed – whether the discussion centered on a woman becoming president of the United States, reproductive rights and freedom, or why I didn’t act more “ladylike” . . . code for her distaste for “outspoken” women like me who preferred slacks and sneakers to dresses and high heels.

It infuriated me that my own mother was so unsupportive, rigid and what I felt was anti-feminist.  Coming of age in the late 60s, I was influenced by a generation and its mantra that a woman could “have it all.”   So cruelly, and with the impetuosity of youth, I held my mother in low esteem for not being able to forge a career and path outside her husband. Of course, there was also her incessant complaining, which further eroded my respect. More subliminally, I perceived her frustration and anger with life as a direct assault on me, her only daughter.   Was it jealousy that I had traveled to Europe when I was 21, when she hadn’t gotten there until she was in her mid-50s? Was it because I was college-educated and felt free to speak my mind and she didn’t?  Where was the support and encouragement I so desperately needed, indeed, the support every girl needs from the most important woman in her life?

By the time she was 49, Mother had been diagnosed with anxiety and depressive disorders.

When I began writing Morning at Wellington Square, my mother had been dead for a year, after suffering a stroke at the age of 92.  For  13 years prior to that, I had been her power-of-attorney and sole caretaker, visiting her weekly, sometimes more, at the assisted living community where she complained about life’s unfairness and vented her bitterness at having married a man who cheated on her during one fateful summer I was a junior in college.  I would end up writing about that summer and his affair, a “turning point” in my life when I realized that my father was not the perfect and noble man I had always believed him to be.

Writing that story also revealed to me this truth – we can never know the heart of another, not even those we love as dearly as I did my father. Writing that story also helped me forgive him for seeking out a woman who I realized admired him, unlike his wife who often criticized him and his lack of earning power.  It helped me see, too, how naïve and childlike my mother had always been and feel her pain of unimaginable betrayal, especially since she was the last to learn about his infidelity.

As I perused black and white photographs of my mother taken in her youth, I was struck by the ephemeral beauty of the young Gertrude.  Her dark hair cascaded freely around her shoulders and her luminous brown eyes and smile seemed almost carefree  . . . hardly the woman I thought I knew so well. I began asking myself; what were her dreams, her desires? Who might she have been if not relegated to submissive, almost second-class status by a society and husband who preferred books to romance? How had she been silenced as a woman?  As I wrote about her, I tried to see view her through the prism of her perspective, which, of course, led to the question: who was I to my mother?

By the time I finished writing her story, I saw how unkind and often unfair I had been.  I understood she had given me an appreciation for beauty; her joy of bringing in fresh cut zinnias from her garden and artfully arranging them in colorful vases throughout the house, something I do now . . . her love of music and animals; her stylish dress; her cutting, but keen sense of humor.  Mostly, I appreciated how her commitment to her family translated into my own commitment to my family.  Every night she had dinner on the table for my father, my brother and me, lunches packed for school . . . and, if not always a listening ear, then a feminine flair and presence in our home; a mother’s touch as best she could.  The writing served as a confession to my mother, one that I was unable to articulate when she was alive.  That confession is simple. I see now, Mom.  I understand.

Susan G. Weidener’s bio: A former journalist with The Philadelphia Inquirer, Susan is the author of two memoirs: Again In a Heartbeat and its sequel, Morning at Wellington Square. “I wrote my first book 13 years after my husband’s death from cancer. I write about the journey of moving forward after pain and loss, and the search for love . . . this quest for passion, renewal and magic, which is the heart of any romantic. As a former journalist, I try telling a story in a way that makes my books page turners.” Susan leads writing workshops and started the Women’s Writing Circle, a support and critique group for writers in suburban Philadelphia. For more information about the Women’s Writing Circle and how to order Susan’s memoirs, go to www.susanweidener.com