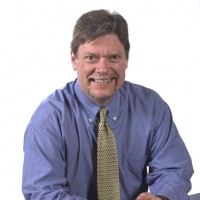 During this free Roundtable, you’ll learn from Madeline Sharples, author of Leaving the Hall Light On, what to do if your publisher goes out of business. Madeline and Mike’OMary, owner and publisher at Dream of Things, will discuss what it’s like to “start over” with a new publisher. Sometimes loss of a publisher can be a blessing in disguise.

Madeline and Mike will also talk about what it takes to promote your memoir in today’s marketplace, including a variety of low-cost and no-cost ideas that any author can use to promote his/her book.

The audience will learn:

Mike says, “I don’t think there’s ever been a better time to be an author because there are so many opportunities today to get your work out there. I will talk about self-publishing, vanity presses, indie presses, the health of the small traditional publishing business, big publishing houses, and how eBbooks and print-on-demand are changing the industry.

Mike O’Mary is founder of Dream of Things, which publishes memoirs, anthologies of creative nonfiction, and other books. Mike is series editor for Dream of Things anthologies, which are intended to fill the gap between the Chicken Soup series at one end of the spectrum, and the Best American Essays at the other end. The goal for Dream of Things anthologies is to be not “short and sweet,” but “short and DEEP.” Mike was also a commentator on Northern Illinois Public Radio for many years, doing commentaries as part of the local segment of National Public Radio’s “Morning Edition” program.

Books from Dream of Things include:

To Madeline’s book on the Dream of Things website: www.dreamofthings.com/hall-light

Madeline Sharples’ memoir, Leaving the Hall Light On: A Mother’s Memoir of Living with Her Son’s Bipolar Disorder and Surviving His Suicide, was released in 2011, and has just been released in paperback and as an eBook edition by Dream of Things, a small publisher. She chronicles the path back to her own life after the loss of her son to suicide. She wants to inspire others to heal their own tragic experiences.

She also co-authored Blue-Collar Women: Trailblazing Women Take on Men-Only Jobs (New Horizon Press, 1994), co-edited the poetry anthology, The Great American Poetry Show, Volumes 1 and 2. Madeline’s articles appear in Naturally Savvy,  PsychAlive, Open to Hope and Journeys Through Grief and occasionally for The Huffington Post. Madeline’s mission since the death of her son is to raise awareness, educate, and erase the stigma of mental illness and suicide in hopes of saving lives. Madeline and her husband live in Manhattan Beach, California. Her younger son Ben and his wife live in Santa Monica, California. http://www.MadelineSharples.com     @Madeline40