Memoir Writing Musings: Out of the Mouth of a Physicist 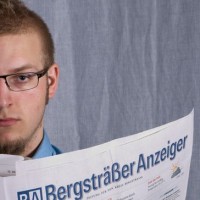 When I read something especially juicy and anyone’s within earshot, I can’t resist the temptation to read aloud. My spouse has grown used to this, sometimes enjoying the passages, but mostly staring at me to remind me he prefers to read things for himself — unless he’s driving the car.

A few minutes ago I picked up a new memoir and began reading. The first sentence screamed to be read, and since he was working on a crossword nearby, he was fair game. I continued into another paragraph before he stared me down. I suppressed my chuckle.

“Sounds like an author who uses a lot of adjectives,” he commented.

“What?” I’d read fewer than a dozen lines from a small page. I glanced at the passage and selected words popped out. Audaciously French … pigeon gray pebbles … most gigantic pair of hedge clippers. Every adjective was doubled.

“I don’t like authors who use excessive adjectives,” he continued. “They sound like they’re trying to impress people with their ability to describe in great detail something that I don’t care much about.”

“Bingo!” I answered. “You’re saying that adjectives in general are okay, but we should choose them with precision to avoid the need for piling them up.”

“Yeah. And many writers overdo similes too.”

This curmudgeonly wisdom sounds as if it were spoken by Andy Rooney, but not so; it comes from a nuclear physicist who once took a freshman English class. But he knows good writing when he sees it, and has little patience with anything less. He has an uncanny ability to zoom in on structural flaws and inconsistencies with laser-like precision, even with such minuscule samples as this.

Which all goes to show that some of our most powerful writing lessons may come from unexpected sources, and as you look for feedback, you shouldn’t rely solely on writing classes, groups, or coaches. Go exploring and turn over leaves in several cabbage patches, because you never know where you’ll find a master analyst.

And now I’ll return to my reading. Silently. I can deal with the adjectives, and the story does sound juicy.