Writing to Heal: Nicole Johns — the Gifts that Writing a Memoir Gives to the Writer 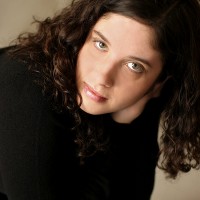 Nicole Johns is going to speak with Rachael Herron and me at our free monthly Roundtable Discussion. Nicole understands the process of healing through writing a memoir, and will talk about some of the points in this blog post. Thank you Nicole for telling us more about your book!

Purge: Rehab Diaries originated from journal entries written between 2000-2004, while I was in college and grad school. At the time I was 19-23. I always kept a journal, and that journal became especially important during the summer of 2004, when I was 22, turning 23, and I checked myself into a residential treatment facility for eating disorders. I was diagnosed with EDNOS (eating disorder not otherwise specified), and I was there for 88 days. When I left treatment in August of 2004, I returned to the MFA program at the University of Minnesota. I had a nonfiction workshop that fall, and I found that all I could write about was my experience in treatment. I wrote about 15-20 pages during that first workshop, and continued expanding on those pages in subsequent semesters. I wrote the bulk of the book in two years, while in the MFA program.

Writing the book was emotionally draining at times, but also cathartic. Writing Purge: Rehab Diaries gave me insight into my eating disorder, and my life in general, and taught me to have some empathy for myself. I was often in a lot of emotional pain when writing the book, but I felt so compelled to write it. I was also motivated to share my experience, because as I mention in the prologue, there was not a book out there about what actually happened in treatment.

The majority of eating disorder memoirs chronicled how the author got sick, not how she moved toward getting better. There were also a lot of myths that I wanted to address, too, like how people think you have to weigh 62lbs to have an eating disorder and deserve treatment.

After I graduated the MFA program in 2006, I started querying agents. In 2007, Barbara Poelle at Irene Goodman took me on as a client. We cleaned up the ending of the book a little bit, and she started shopping it around. Seal Press picked it up in late winter/early spring 2008. It was released in late March 2009.

When Purge: Rehab Diaries came out, I was completely unprepared for having to do publicity. It was a bit overwhelming although I enjoyed talking about the book, eating disorders, and writing. Two months after publication, I got married, and have since returned to graduate school for an MA in Counseling. In addition to school, I’m working on a novel.

Here are some tips for writers, specifically young memoirists:

-Do not let anyone tell you you’re too young, too old, too inexperienced, etc., to write a memoir (or to write in general). It is so invalidating when people say that, and not true. I think it is important to know that if you publish a memoir as a young person, people will say these things to you. It helps to think about how you will respond. I usually say something sarcastic, or brush them off.

-Realize that what you are writing is important, both for you and your reader. I kept a list of  “reasons why I’m writing this memoir” to look at when I got discouraged.

-When you are a young memoirist, there is a higher likelihood that you will be writing about people who are still alive, and part of your life. Think about what how your writing will affect your relationships, but at the same time, protect your right to write your story as it was for YOU.

-Think about life after publication. Prepare yourself for publicity. Think about book #2.