Writing About Times of Grief 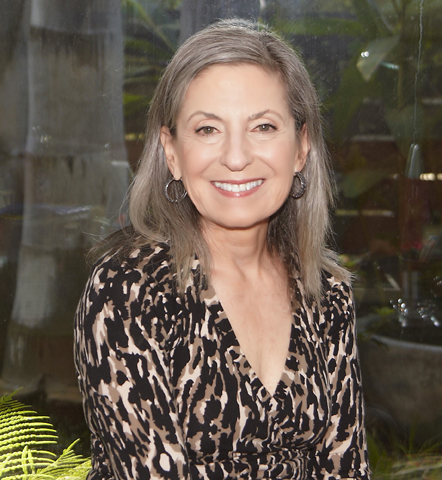 After my twenty-seven year old son Paul died by suicide as a result of his bipolar disorder in September 1999, writing became my therapy. I instinctively knew traditional therapy wouldn’t work for me unless the therapist had experienced the death of a child.   And I had no interest in reading self-help books either. Though others dealing with grief could turn to painting, singing, acting, woodworking, sewing – any kind of creative outlet – I found my way by writing every day. It became a habit, and as it turned out, writing through my grief totally turned my life around.

I craved solitude after Paul died, and writing also gave me that. Even today, I go into my office and stay there for hours. Whether or not I write the whole time, I have my place to be alone, not having to answer to anyone.

I created my writing space from the room where Paul last lived. So he is also in there with me. I feel him in there. A lot of my writing has been about him or things related to his life and death. He became my muse.

Even though the room looks nothing like the way it looked when he lived there last, a lot of the things in my room remind me of him: photos, my Buddha statues and picture, a special piece of art made from the hammers of a piano (he was a jazz pianist and composer), a photo of a sunset taken the night before he died, and several of his artifacts – his candlesticks, a lava lamp, and books he gave me. I can also see out to my yard from where I write, and I derive special pleasure from my smiling Buddha and small gurgling cement fountain out there. Paul liked to sit out there and smoke. I can imagine him there smiling back at the Buddha.

Besides being a musician, Paul also wrote short stories and poems – many people with bipolar disorder are creative. I have his writing collection in file drawers in my office closet.

For me just the act of writing is helpful. Early on I wrote with pen in hand in a journal notebook – the classier the paper the better – and I wrote until my hand cramped. Now I type on my computer’s keyboard. I find this works better for me because my typing fingers can keep up with the words in my brain. The faster my brain works the faster and harder my fingers press down. I don’t stop until I’m finished, and sometimes I’ll find I’ve typed one thousand words in less than thirty minutes. The pounding on my keyboard gets out my frustrations and anger or whatever feelings I have going on at that moment. And that’s where my piece stays – I never stop to edit and I rarely edit later – unless I decide to use part of it for a blog post or a poem. While I was working on my memoir, I went back to both my handwritten and typed journal pages many times – in fact some of the entries are in my book almost in tact. Only then did I edit. The rest is still there in my file drawers and in a locked folder on my computer in its original raw form.

Little did I know at the outset that my journal entries and poems would turn into my recently published memoir, Leaving the Hall Light On: A Mother’s Memoir of Living with Her Son’s Bipolar Disorder and Surviving His Suicide (Lucky Press, May 2011). Using my source documents helped me create a raw and honest book meant to share with people in similar situations that it is possible to survive a parent’s worst tragedy. Writing about times of grief has also been a huge help in keeping my son Paul’s memory alive.

Although Madeline Sharples worked most of her professional life as a technical writer and editor, grant writer, and proposal manager, she fell in love with poetry and creative writing in grade school. She pursued her writing interests to high school while studying journalism and writing for the high school newspaper, and she studied journalism in college. However, she only began to fulfill her dream to be a professional writer late in her life.

She co-authored a book about women in nontraditional professions called Blue-Collar Women: Trailblazing Women Take on Men-Only Jobs (New Horizon Press, 1994) and co-edited the poetry anthology, The Great American Poetry Show,Volumes 1 (Muse Media, 2004) and 2 (August 2010). She wrote the poems for two photography books, The Emerging Goddess and Intimacy (Paul Blieden, photographer). She is pleased that many of her poems have appeared online and in print magazines in the last few years.

Madeline’s memoir, Leaving the Hall Light On, about how she and her family survived her older son’s suicide, as a result of his bipolar disorder, will be released by Lucky Press LLC on Mother’s Day 2011. She and her husband of 40 years live in Manhattan Beach, California, a small beach community south of Los Angeles. Her younger son Ben lives in Santa Monica, California with his bride Marissa.

Sharples’ blog is titled “Choices” and she also has a blog at Red Room.

Buy Leaving the Hall Light On

Have a question for Madeline?  Leave it in the comments section of this page and she’ll post her reply!

Have a question for Madeline? Leave it in the comments section of this page and she’ll post her reply!

You can also “meet,” Madeline? as she speaks as a Guest Expert at our upcoming Roundtable Event, Thursday September 8, 2011.   Sign up here to attend the f.ree live call or receive an email shortly following the event to listen in to the recording.