Telling the Truth in Memoir: People Should Behave Better 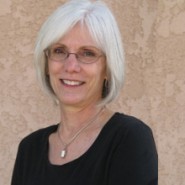 At the Squaw Valley Writers’ Summer Workshop a few years ago, I had the opportunity to hear satirical and humorous writer, Anne Lamott. During the Q & A session that followed her presentation, an audience member asked whether it was necessary to tell the truth when writing a memoir, even if it made someone look bad, or if in that case, it was best to wait until they were no longer living.  Anne’s response was something like, “I always try to write the truth. If people don’t like what I have to say, too bad; they should have behaved better.”

Of course, Lamott’s retort made everyone in the audience laugh, but just like her advice to keep writing and just get through your “shitty first draft,” I found wisdom in her response that was extremely helpful when I began writing my memoir.

Never being one to mince words, and often being accused of being too honest, my first draft was brutal and raw. Without knowing it, I was on a healing journey, and I wrote about anything and everything that came up. Much of the territory I covered involved hurt, shame, fear, anger, and grief—my own feelings—and the people I identified as causing them. My hurt, abandoned, angry inner-child wrote that first draft, and I let her go for it with reckless abandon. A box of Kleenex by my side, I let my pain spew all over the pages like an erupting volcano.

Fortunately, my inner-adult writer self—the one who had been to therapy, who knew how to forgive, and who understood that blame was not only damaging, but useless—stepped up and took over. My older, wiser self understood that most people behave badly because they are ignorant. For example, my birth mother didn’t relinquish me out of cruelty or because she wanted to program me with abandonment issues; and my adoptive mother didn’t ignore me because I was unlovable or a bad person.

What did this mean for my writing?

Because it’s my nature to tell as much of the truth as I can recall, I wasn’t about to sugar-coat reality, but as I rewrote my scenes, I eliminated blame. Instead, I focused on action, dialogue, descriptions, and settings that let the reader draw their own conclusions about the various characters. With blame out of the way, I was able to pay attention to how I felt—as a young child, as a teen, as a young adult, as a mother, as a writer. I was able to let the reader in on how being adopted affected me, and what it was like to search for a woman whose shadow followed me everywhere I went.

When she was a teen, my daughter once joked, “I’m glad our family has so many issues. When I’m an author, it will give me something to write about.” Fortunately, at least for the time being, my daughter has chosen a different path, but when it comes to writing the truth, an important question to ask is, What will make my story and my writing stronger? If it’s necessary to tell the world that your brother is in jail for armed robbery or that your Uncle William is a child molester, then go ahead and do it, but if you’re doing it for spite or for revenge or to assuage your own anger, go ahead and put it in your first draft, but think it over before leaving it in your published manuscript.

Jan Fishler is the author of Searching for Jane, Finding Myself (An Adoption Memoir), available on Amazon. You can read her blog at www.searchingforjane.com.  “Meet,” Jan at our upcoming Memoir Writing Roundtable on July 7, 2011!