Exploring Place: Finding Yourself and Your Story 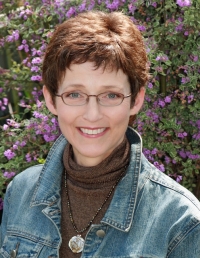 I’m obsessed with place, where geography and human stories meet.   In fact, I made my search for a deeper sense of place the subject of my memoir My Ruby Slippers: the Road Back to Kansas. I’d lived a mobile, unsettled childhood and felt disconnected from where I’d grown up, a place I’d gladly left at seventeen.  But decades later, when I decided to write a memoir, I went back.  I wanted to understand how Kansas had shaped who I was and to reclaim it, forging a deeper connection to my home place than I’d ever had before.  In the process, I reclaimed a part of myself.

Our life’s events don’t just happen; they happen on a stage that holds not only our story but many, many others.  So however we feel about a particular place in our lives, or whether the drama that unfolded there was one of joy or sorrow, the invitation in writing memoir is this: explore the personal and other meanings of your place.  Doing so can not only help you locate your story in a concrete and complex world, it can help you discover its larger meanings and connections.

One place from my childhood gives a great example of how exploring a place can lead to deeper meanings.  Goodland, Kansas, where my family lived when I was four and five, is a small, wheat town in far western Kansas.  I remembered very little about living there, except for a few details of a park across the street from our house and the ice cream drive-in where I lost my first tooth.  But one of the most emotionally charged events of my young life also happened there: we moved away in the middle of my kindergarten year.  I’d longed for kindergarten, and I loved it.  So my whole life, I’ve vividly remembered the sound of the car tires on the town’s brick streets, and the windows of my school rolling by as we drove out of town.  I also remembered holding myself very still so that I wouldn’t cry.  And I remembered the silence in the car.  No one in my family spoke.

Before I began writing that section of my memoir, I went back to Goodland to see it through adult eyes.  What was the place like which I had mourned so?  There, I walked the town’s streets and the park that I had remembered.  I parked in front of our old house (which had since burned down), and drove past the drive-in of the lost tooth, now closed.  Through my wider, adult lens, I saw what a small town on the High Plains is like, how its grain elevators and trees mark its boundaries, how the main street shines in the afternoon sun, how surrounded it is by miles and miles of what seems like empty space.

Knowing those things first hand, I could then speculate about how it might have felt to my parents to have come there, strangers to the state, and how it might help explain their own estrangement from each other and from Kansas.  Already, I was deepening my sense of the place my first significant remembered loss had happened; and I could see how it fit into my parents’ story and the dynamics of our family life.

As I later wrote the story of leaving at age 5 alongside the story of my return at 45, I came to understand the relationship between my losing Goodland as a child to the feelings of grief and trauma that have reawakened every time I’ve moved since then.  So that one short trip back to Goodland gave me a solid world to place my story of leaving town, a frame for considering my parents’ experience, and insight into something fundamental about myself.

But I “went back” to Goodland in other ways, too, delving into its history and the geology of the High Plains.  I learned that before white settlement, the region had been the hunting grounds of Arapahoe and Cheyenne peoples, and that the railroad brought the town.  I also learned that before its settlement, the place that would become Goodland lay at the center of a thousand-mile swath where millions of buffalo had been slaughtered by the buffalo trade–so many that their bleaching bones had turned the High Plains white.   And long geologic ages before that, the High Plains had lain at the bottom of an inland sea, and because of that, the place today was rich in fossils.

I loved learning those stories, because they gave me a richer, deeper sense of the place I had carried like a little, burnished jewel in my five-year-old heart.  And they gave me a broader frame for understanding change and loss, transition, memory, and the continuities and disruptions of time.   These became the themes of my memoir.  And so Kansas and the meanings I found there helped me write my story.

Memoir is both an art and a process of self-discovery.  And going back in person, in memory and in research to the places that matter can surprise you and bring you many gifts.  It can lead you to yourself.

Tracy Seeley’s debut work of literary nonfiction, My Ruby Slippers: the Road Back to Kansas, was published in March 2011 by the University of Nebraska Press.  Her essays appear in The Florida Review, Prairie Schooner and other journals, and she has been a finalist for the Iowa Review and Brenda Ueland Prizes in nonfiction.  She is also a literary scholar, with publications on Virginia Woolf, Joseph Conrad, Rebecca West, early 20th-century essayist and poet Alice Meynell, and the Coen Brothers.

She teaches literature and creative nonfiction at the University of San Francisco, where she has won the Distinguished Teaching Award and the College Service Award, and has held the NEH Chair in the Humanities at USF.  In addition to teaching and writing, she co-directs the Center for Teaching Excellence.

Meet Tracy this Thursday at the FREE NAMW Memoir Writing Roundtable and join in on the discussion: Land That I Love:  Writing About Place.  Live in the Bay Area? Meet Tracy at Books, Inc. at 7 pm. on May 12 during an interactive evening on “Truth in Memoir.”