The Job From Hell 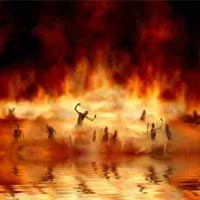 Once upon a time I had what I still refer to as The Job From Hell. With each passing day the pervasive insanity I dealt with on a daily basis from my own management and the internal clients we served became more intense. I soon realized that the entire organization exhibited the hallmark behaviors of dysfunctional families. I still have meticulous details recorded in notes, ranting journal entries, and e-mail exposés that I squirreled away, with the thought of eventually writing a memoir of the experience. As I said, it was The Job From Hell, and within less than a year, I submitted my resignation.

Over the intervening years I have periodically looked at some of those notes and thought of the situations I faced. Eventually a strange thing happened as I reread the pages and replayed those memories. They began to shift. I began to toy with them, looking at them with additional insight. I resumed journaling, this time in “What if” mode. What if I’d taken more time to consider my manager’s whole situation? What if I’d handled this other difficult person a bit differently? What if I’d had more compassion?

As I wrote through these questions, I began to see more clearly what I’d always known on some level: I was an active participant in these circumstances, not a passive victim. My decisions and actions produced or amplified consequences. I don’t mean to exonerate the villains but do acknowledge that I could have handled some things better on my part. I’ve come to see that I was doing the best I knew how at the time, and that (God forbid!) I should ever have occasion to repeat the experience, I’d handle it rather differently. Likewise, those villains were doing the best they knew how. I never did believe that any of them had evil intentions. We were all laboring within a corporate culture that seemed to have sold its soul to Satan.

When I originally thought of writing about that experience, I was thinking in terms of self-vindication, of revealing the evil inherent in that corrupt system, and … seeking revenge. There may still be some purpose to be served by exposing manipulation tactics identical to brainwashing techniques. This corporate culture has certainly not disappeared. But, quite frankly, I don’t have the energy or inclination to tackle that, and vengeful writing has a way of backfiring.

No, if I write about it at all, it will be to convey some of the insight I’ve developed over the years. I can explain that more forthright discussion with my manager probably would have worked out better than the basically passive/aggressive tactics I indulged in (of course I never saw them as such at the time). I may examine the forces coming to bear on managers as each strove to salute and deliver according to mandates from above. I will certainly explore the pervasive culture of fear, and the resulting epidemic of heart dis-ease.

I did write about this at the time, while the story was fresh, the wounds raw and oozing, and my mind cluttered with angry debris, but I never compiled it into documentary form. I’m glad of that. I would not want such a digest of self-righteous condemnation to be part of my lasting legacy to my heirs. In my opinion, it will be far better to leave a legacy of personal peace, forgiveness and understanding. Far better to leave an example of growth and compassion rather than anger. Such a story can only be written after enough time has passed for the wounds to heal and allow me to view the situation with a clear mind as yet one more of life’s learning experiences — which it most certainly was!

To everything there is a season,
a time for every purpose under the sun.
…
a time to keep silent and a time to speak;
Ecclesiastes 3:1-8

Likewise, there is a time to write privately and a time to disclose. Fine words, like fine wine, will improve with age.