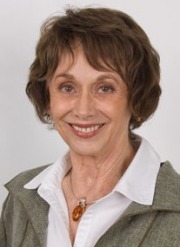 by Kate Farrell, Author, Memoirist & NAMW Member of the Month for December 2010


The pull of story is evident everywhere—from a popular melodramatic TV soap opera to a compelling bestseller. Often the most evocative story is the personal narrative, the vignette or memoir. In these the human voice rings true and resonates within us, often translating moments of our own lives into deeper meaning.

One would assume that women in our culture, who appear to enjoy conversation, would excel in the tradition of personal storytelling and shared wisdom. But the seminal work of Harvard researcher, Mary Belenky, in her book, Women’s Ways of Knowing (1986), found that the first stage in female development was silence.

Significantly, women feared self-expression, suppressed through generations of conditioning, and were often denied the right to an independent voice. Women’s experiences were typically discredited and their constructed knowledge dismissed as “old wives’ tales.”

Yet what women have to share through self-reflection, focusing on generational truths communicated along the matrilineal line, is essential to the balance of our contemporary society. Women’s voices, silenced, debased and ignored for centuries, are vibrant, lively, and full.

Within my own family, I quickly learned that silent suffering was considered a feminine virtue, a way to keep the peace amid domestic conflicts. No one called this repression. When I left home for college, I found this behavior bewildering and yearned to know the secrets my grandmothers and mother had witnessed. But I was locked out.

Here is an excerpt of a memoir from that time:

The first time I visited my widowed grandmother on my own, she wept. We were sitting at a small table in the back kitchen, the original kitchen in her Victorian bungalow on Main Street. Tears streaked down her face as an unspoken pain overwhelmed her.

“Oh, Catharine, if you only knew…” her words were swallowed by sobs. “What happened…when Carl grew up….” She gazed at me with grief and regret.

“Grandmother, don’t cry,” I pleaded and began to weep myself in empathy.

My mind raced, trying to remember or imagine what she might be regretting. My father, Carl, never spoke of his childhood. What dark past there was in this small, mid-western town, I could only guess. But my grandmother, obeying some strict code of silence, never told. I held her hands and tried to comfort her, and her torrent of tears finally slowed.

Sadly, I never discovered the tragedies in my father’s past, the skeletons in our closet. What I eventually did come to learn were my grandmother’s essential wisdoms by observing her actions, listening to her remarks, jokes, and truisms over the next decade of visits. What she was able to share with me in finding her voice were thoughts she’d kept to herself for a lifetime.

Carol Gilligan, another Harvard researcher, revealed this about women in her work, In a Different Voice (1982). Women of previous generations often sensed that speaking their mind might be dangerous; they feared retaliation or abandonment, according to Gilligan’s research.

Today it is up to us post-modern women to capture the feminine legacy that has almost been lost. When we speak for ourselves and reveal our experienced truth through memoir, we speak for all women.

That is why I’ve undertaken the memoir project, Wisdom Has a Voice: Daughters Remember Mothers. My hope is that through true, powerful stories about mothers, we can find our way back to feminine memory, wisdom, and voice.

Farrell, Kate. “The Angel: A Memoir of Grandmother.” http://wisdomhasavoice.com/anthology/sample-anthology-memoir/

First published in Vintage Voices: A Toast to Life. Anthology by Redwood Branch of the California Writers Club, 2007.

Kate Farrell, founder of the Wisdom project, is a graduate of the School of Library and Information Studies, UC Berkeley. She has been a language arts classroom teacher (pre-school and grades kindergarten through 12th), author, librarian, university lecturer, and storyteller in Northern California since 1966. She founded the Word Weaving Project, funded by grants from Zellerbach Family Fund, San Francisco, 1979-1991, based on her experience with storytelling and her belief in it, to encourage educators at all levels to learn and enjoy the art.

Her newest publication, Girl in the Mirror, is a young adult novel, Unlimited Publishing, 2009. Currently she is a part-time school librarian in San Francisco and lives in Santa Rosa, California. She is the mother of a son who lives in the City.