An Interview with Judy About Her Memoir, Replacement Child as Well as Some Advice for Writers 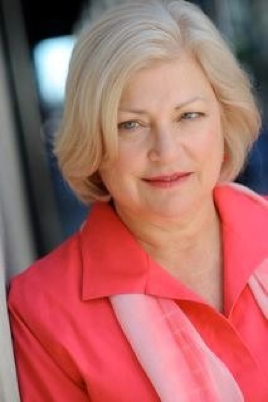 NAMW:  Tell us about your memoir.

Judy: Replacement Child, which came out in 2009, was the memoir I always knew I would write. It just didn’t come out the way I thought it would, or the way my parents may have envisioned it when they put aside news articles and their notes about the plane crash that killed my older sister.  That accident happened before I was born, and I always thought I was the one who escaped the tragedy.  As it turns out, and as I discovered by writing Replacement Child, that accident was a significant formative element in my life.


NAMW:  How did you come up with the title?

Judy: The title came about while I was researching the kind of grief my parents must have gone through after losing their 7-year-old in that crash.  The term “replacement child”—applied to children born after parents lose a child—seemed to apply to me in many ways.  I identified with much of what I read about these children, who are sometimes conceived to help parents through their grief. In may case, as a “salve on the burns.”

NAMW:  What tips do you have to give other writers?

Judy: A writing schedule was the only way I got the book completed. That and an invaluable writer’s workshop that I attended every week for four years.  The members of that workshop helped me see outside of myself, and gave me the confidence to go on.

NAMW:  What are some of the books that influence

Judy: Books that influenced my writing are:

NAMW:  What do you think your parents would think of the book?

Judy: I imagine my parents, who are deceased, may not have liked the direction this book took.  Certainly not the title. My mother would have hated that. But, it doesn’t change what the truth is, and that’s what I wanted to write—my truth.

NAMW:  Who is the primary audience for your book?


Judy: It has turned out that parents are my primary audience for Replacement Child, whether they have had tragedy strike their children or not.  All parents can relate to the story.

Judy was born in Elizabeth, New Jersey, but her family quickly moved to the more suburban Cranford. The town she lives in now in Connecticut is nearly a duplicate of her childhood hometown.

In college, she tried several different majors over the course of finding her way. First communications, then theater, then she developed a major in playwriting. Finally, she settled on English and Journalism. Having taken a break after her sophomore year to get married, getting her degree part-time took a while. She worked her way through those last college years singing and playing guitar in coffee shops and clubs.

Her writing life began as a reporter, which she actually loved. Then, she added a public relations stint at a hospital, a short time in advertising and somehow found herself in corporate communications at various insurance companies–where she earned a living for 20 years. She had only meant to stay for a few paychecks. More recently, she provides marketing writing for corporate clients in addition to continuing her own writing.

She is blessed with a wonderful son, an equally wonderful husband who brought three fantastic stepsons into her life, and a very large orange cat that sometimes types long lines of zzzzzz’s by laying across her computer keyboard.